3.The parent body and the participants of Bon Dance

Rainbow is the symbol of Hawaii.
Rainbow is often used as a symbol of the ethnic harmony in the multi-ethnic society, Hawaii. For example, a lot of lovely children who was born between parents of different ethnic origin are introduced in the photo album “RAINBOW KIDS” by Richard Fassler. It is important to hypostatize the race and ethnic group, and also pay attention to the historical backgrounds, but the symbol “rainbow” reflects characteristics of Hawaii which is multi-ethnic, and wishes for the harmony between ethnic groups.

What kind of a “rainbow” is Bon Dance in Hawaii?

And then, why did the Japanese descents become such a large part of the population? 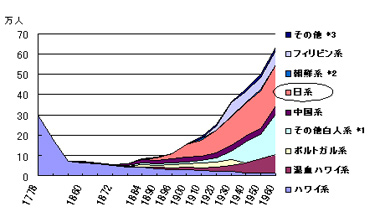 Chart 1 Drastic changes in the demographic composition of Hawaii

*1 Integrate with the Portuguese after 1940.
*2 Integrate with “Others” in 1960.
*3 Black people, Puerto Rican, others. Includes Korean from 1960.
In addition, the original data partially includes the estimated figure.

The above figure was drawn up by the data in the reference literatures 1 and 2.

The dramatic decrease of aboriginal Hawaiian people caused the democratic composition of Hawaii to become multiethnic.
In 1778, it was estimated that the population of the aboriginal Hawaiian people was approximately 300,000 (according to another estimate, 800,000) when Thomas Cook “discovered” Hawaii. However, the aboriginal Hawaiian people was not immune to the infectious diseases that the westerners brought in, and the former population dramatically decreased to a few ten thousand people in only a century.
In the other hand, the cause of the increase in the population of the immigrants was the expansion of the workforce demand in the sugar plantation in Hawaii. In 1835, William Hooper built the first sugar plantation in Koloa, Kauai Island. Later, the sugar industry of Hawaii grew explosively against the world market, and concurrently a tremendous workforce demand comes up. Workforce of the aborigine Hawaii people soon ran short of the demand, and the workforce was searched overseas.

You must pay attention to the fact that the managers of the sugar plantation intentionally and deliberately controlled the national origin of the workers, and absorbed people from various ethnic origins to avoid their solidarity. This fact was the large cause of Hawaii becoming multiethnic.

Chart 1 gives realistic evidence of the drastic modern history that Hawaii experienced together with the process of Hawaii becoming multiethnic. The history of the spread of “Capitalistic World Economy” was the large cause of the increase in the number of Japanese immigrants’ population and the spread of Bon Dance in Hawaii.

Who are the “Japanese descents” in Hawaii?

The next issue is what kind of people was the “Japanese descents” who came to Hawaii, in other words, the people who became the actors of Bon Dance in Hawaii? The Japanese descents that went to Hawaii did not come equally from the Japanese archipelago as a whole. There was a very large “bias” in the place where they come from.

*1 For example, it can be confirmed by the verbatim account to the officer of the Fukushima Bon Dance Club. (Source of information) “ハワイ日系人社会点描” written by 上田喜三郎, 1970 (4) 太平洋学会誌第91号, 2002
*2 In “ハワイ事情” (published in 1968), there is a chapter about the Association of the Japanese descents, and there is a recording about “新潟音頭連中 ワヒアワ新潟盆ダンス” in it. (Source of information) the same as *1.
(Chart) This chart was drawn up by the data included in “地域（島）別・出身者道府県別人口分布表” written by 飯田耕二郎,published by Nakanishiya Publishing (This chart was drawn up by the author). The original data comes from: “布哇日本人人名住所録”” included in “日布時事布哇年鑑” published by 日布時事社, 1929.

If we look at these results, we can consider that areas (dances) which are superior in the absolute number of people who share the same dance culture have an advantage for the import and lore of the Bon Dances (dance songs) which are collective body techniques. On the other hand, if we take in mind that dance songs of the prefectures which have a large population of immigrants do not necessarily remain, it may be supposed that several dynamics are working in the “lore” of dance songs besides the factor of population, and we hope the factors are investigated.

The community of the Japanese descendents within the plantation

“Workers of different nationality were usually set up in a different building or a camp. (Snip) The phenomenon that the camps were created according to the ethnic groups reflects the fact that the recruital of the workforce and the immigration were performed undulately.”
“Pau Hana” written by Ronald Takaki, Tousui Shobou,1985

“In the early stages of contract labor, the managers distributed the Japanese workers to the plantation mainly by the prefectures they come from, so people of the same nativity became to live closely.”
“境界の民族誌” written by 森仁志and published by 明石書店, 2008

Especially, in the early stages of plantation, the Japanese immigrants lived in a relatively united community, and it seemed that the unity by each prefecture was strong. (*1) It is pointed out that the first Bon Dance in Hawaii was performed in the plantation in the end of the 19th century. (*2) It can be considered that these community environments have contributed to the import and inheritance of the common Bon Dance culture of the same nativity area.

On the other hand, the Japanese descents were naturally obliged to contact with other ethnic groups and their culture through the life within and without the plantation. From the accumulation of these experiences, the Japanese people created the feeling toward their own ethnicity and ethnic culture that they have not thought of while they lived in Japan. Bon Dance might also be one of these “realized Japanese cultures” which were asked for and come to stay.

In the “Hawaii Plantation Village”, lifestyles of various ethnic groups in the plantation are exhibited, and therefore it is a perfect fit for those who wish to know the history of Hawaii and the Japanese descents. The above pictures are from the exhibition. From left to right: Portuguese, Japanese, and Korean

(The above pictures were taken on August 8, 2008, Waipahu Oahu Island,)

The increase of “mixed population” among the Japanese descents in Hawaii

Bon Dances in Hawaii nowadays are based on Japanese descents’ community, but basically anyone can come into the dance circle, and people of any ethnicity can equally join them.

However, there is a factor that is making the ethnic composition of Bon Dances even more complicated. That is the mixed population, in other words, the increase of the population who come from plural ethnicity. For example, in the photo album “Rainbow Kids” which we introduced at the front of this chapter, we can see the pictures of the children who are of mixed ethnicity and the information on their origin. For instance it would be like “Hawaiian, Chinese, Japanese”, “Japanese, English, Swedish, German, and Norwegian”. The ratio of the Japanese descents in Hawaii who married with other ethnic groups was historically low, and in the 1950s, it was only 8.7% compared to 30% which is the average of the whole ethnic groups. However, after 1950s, from the time when a lot of the third generation Japanese descents started to marry, the ratio began to increase rapidly, and in the 1990s, the number increased to approximately 50% which is the same ratio with other ethnic groups.

“The ring of rainbow” of Bon Dance has a color which is rich and made of many layers, and the color is becoming deeper and deeper.

*1 It must be noted that before WW 2, there was a linguistic and cultural discrimination by the people of the “naichi (inland)” (The homeland of Japan observed from the Okinawa Islands) to the Okinawan people. Today, Okinawan people in Hawaii call themselves Japanese or Okinawan according to the situation of their own ethnicity. (Refer to the background material 2) The Okinawan people who value the inclusion of the community and the cultural identity are dedicated to handing down the culture of Bon Dance such as the “Eisah” dance.

*2 Refer to the background material 5.

102 Bon Dance of the Japanese immigrants in Hawaii