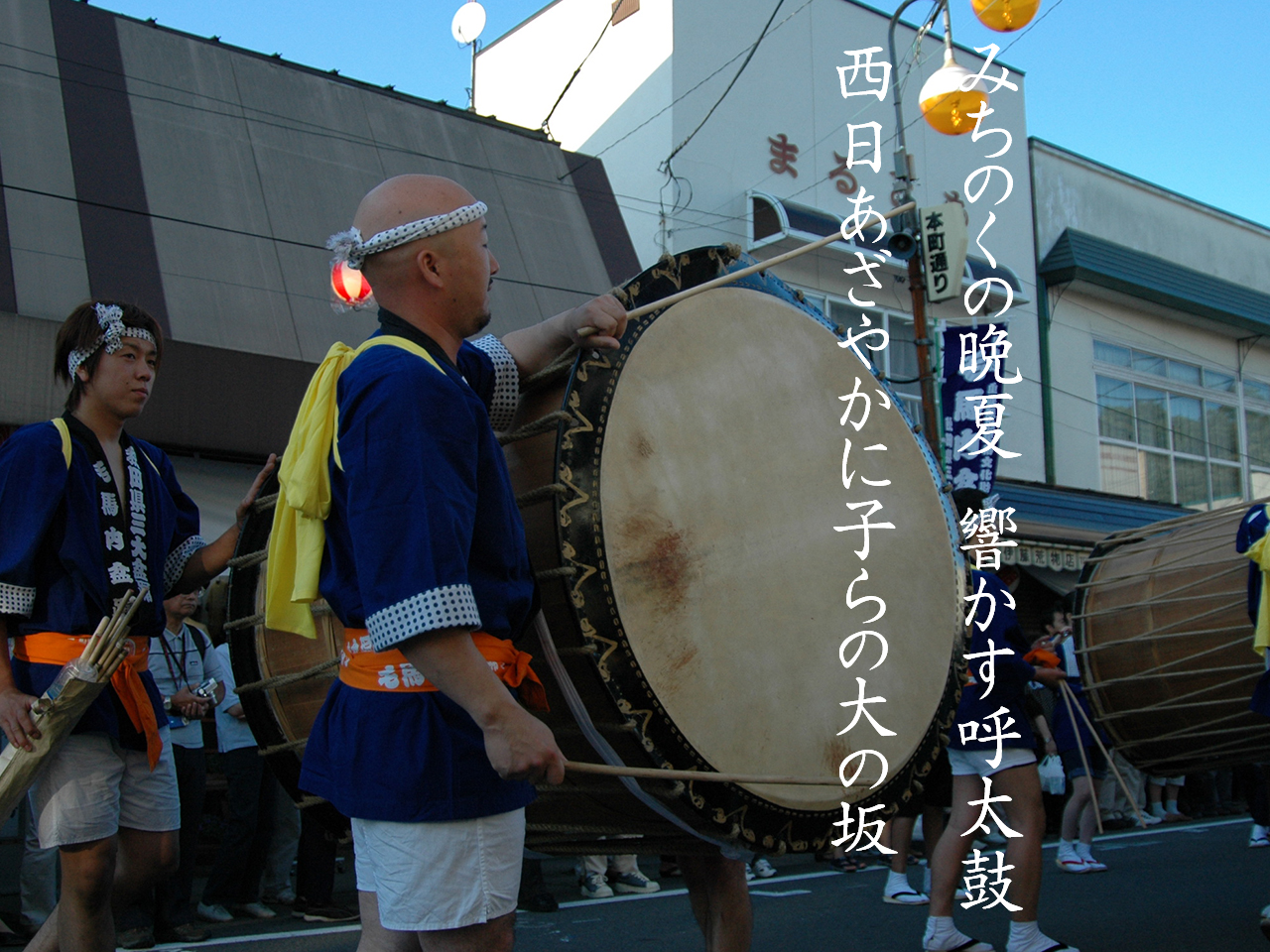 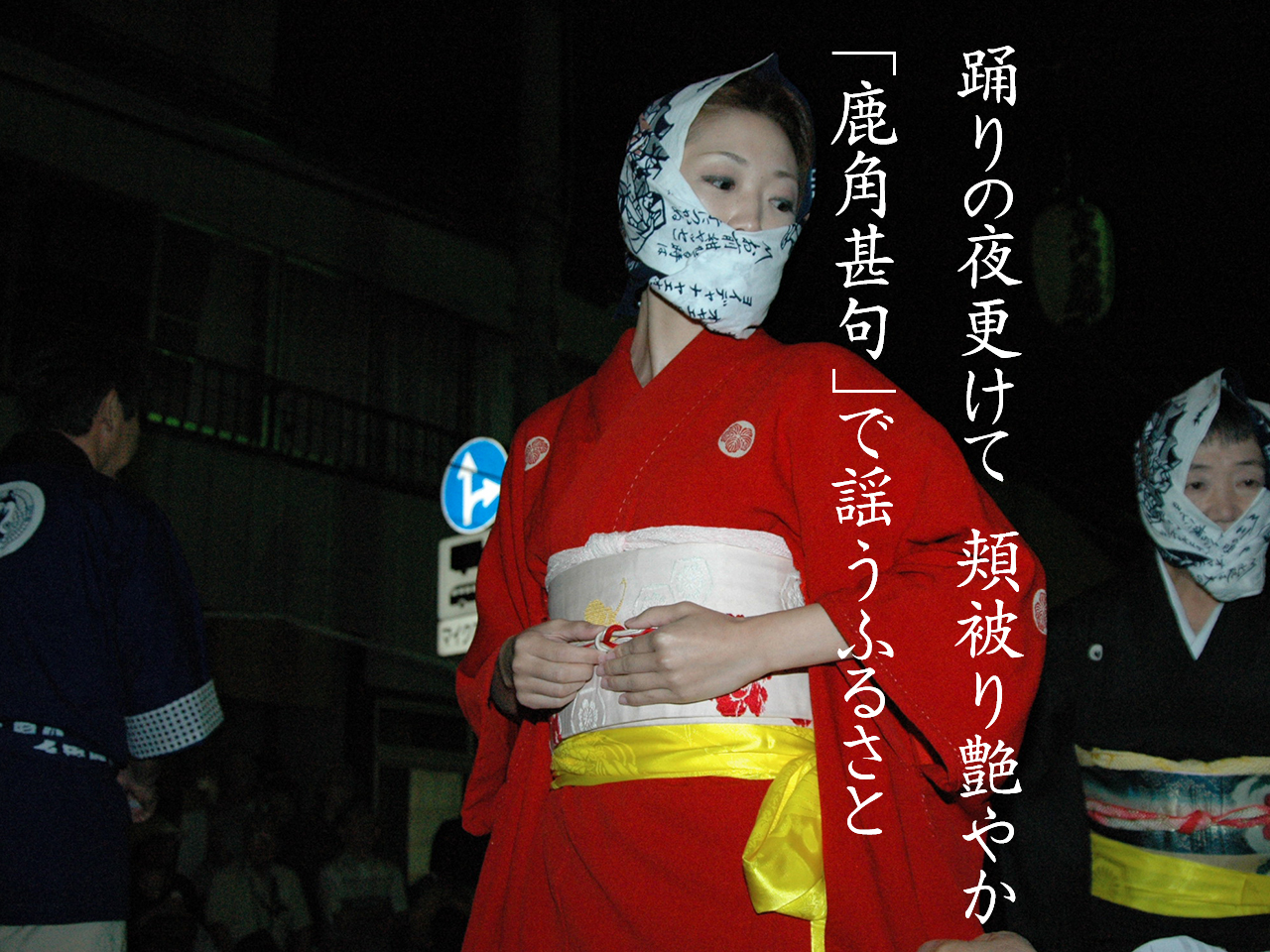 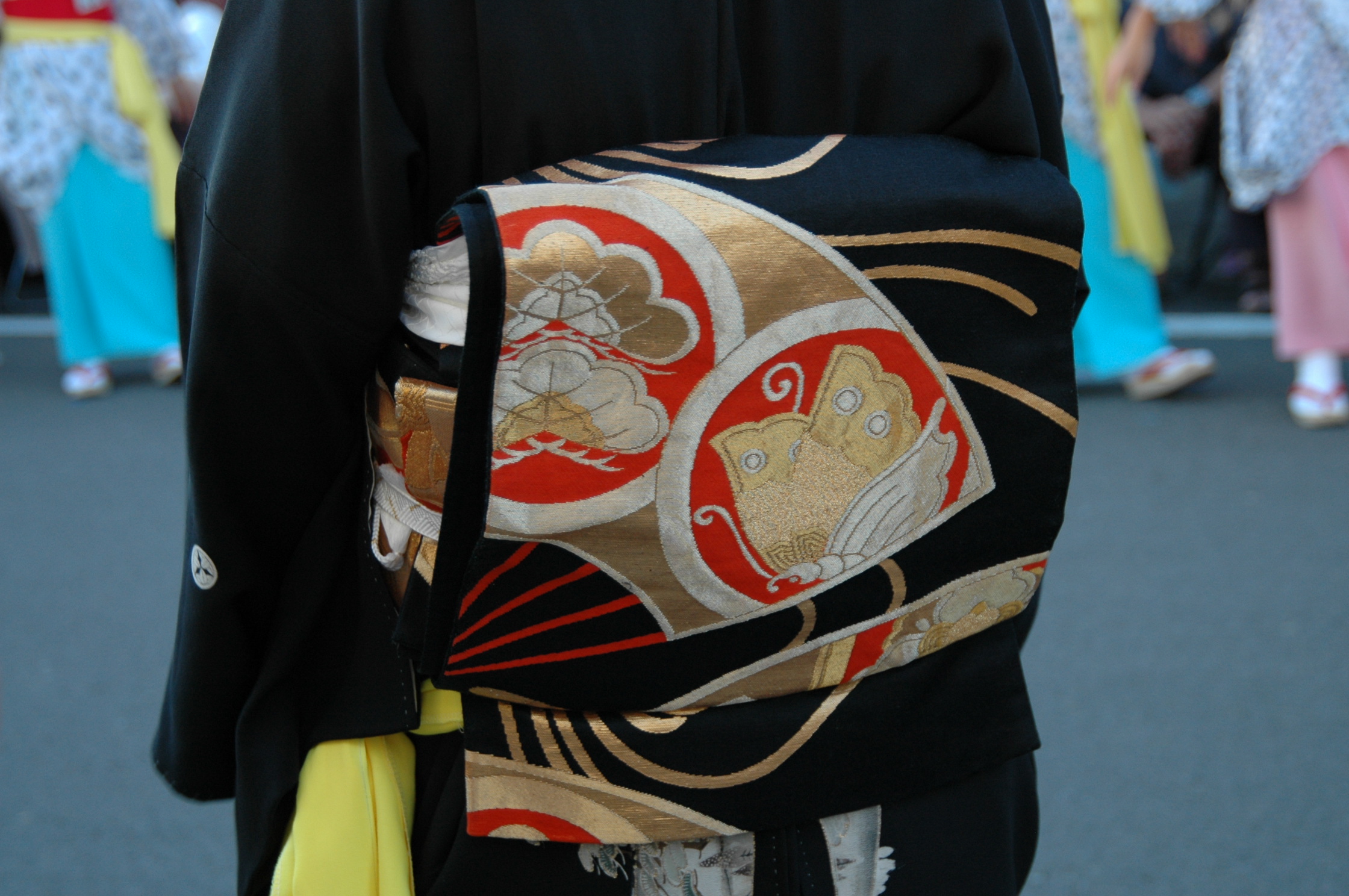 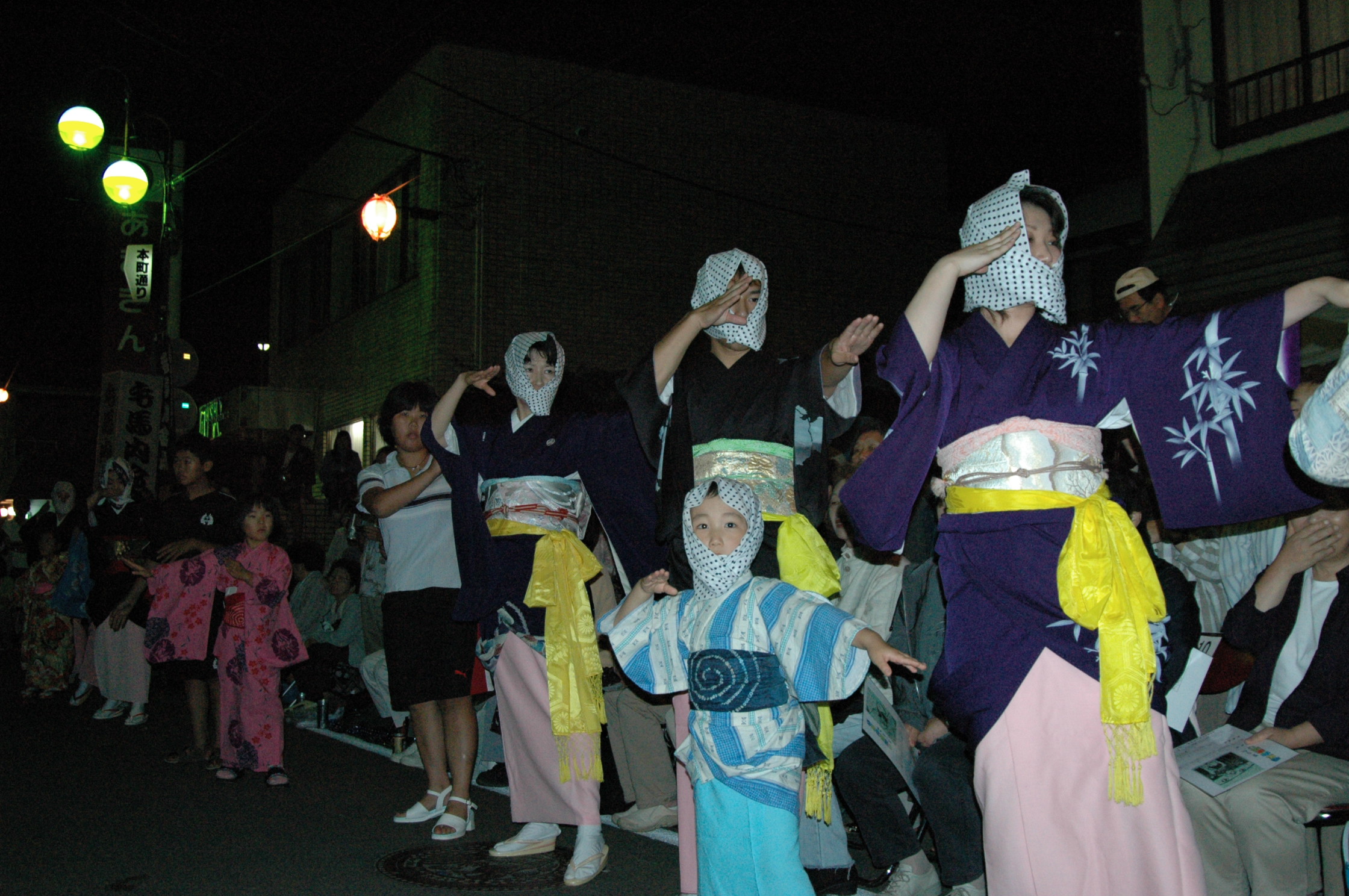 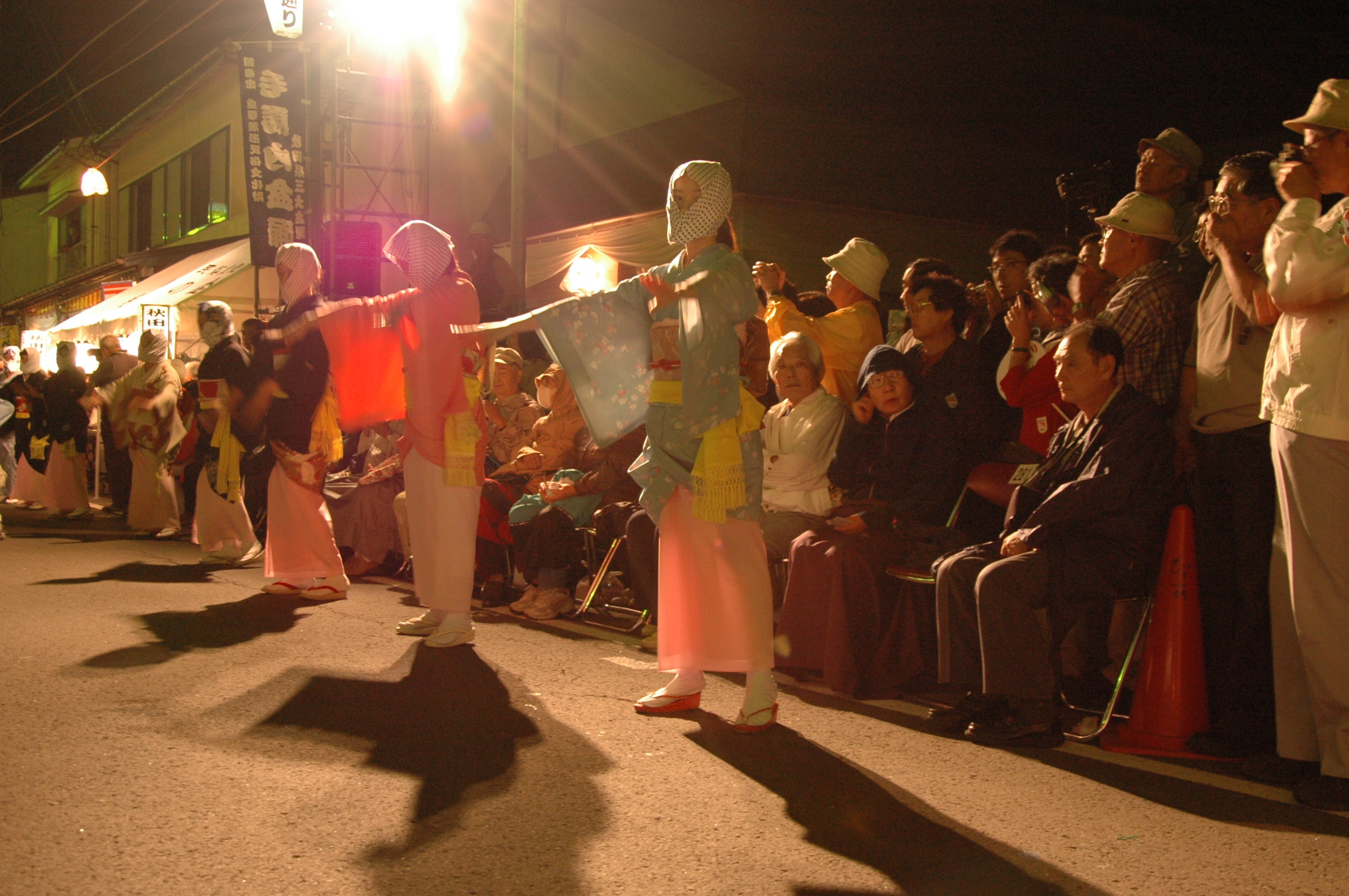 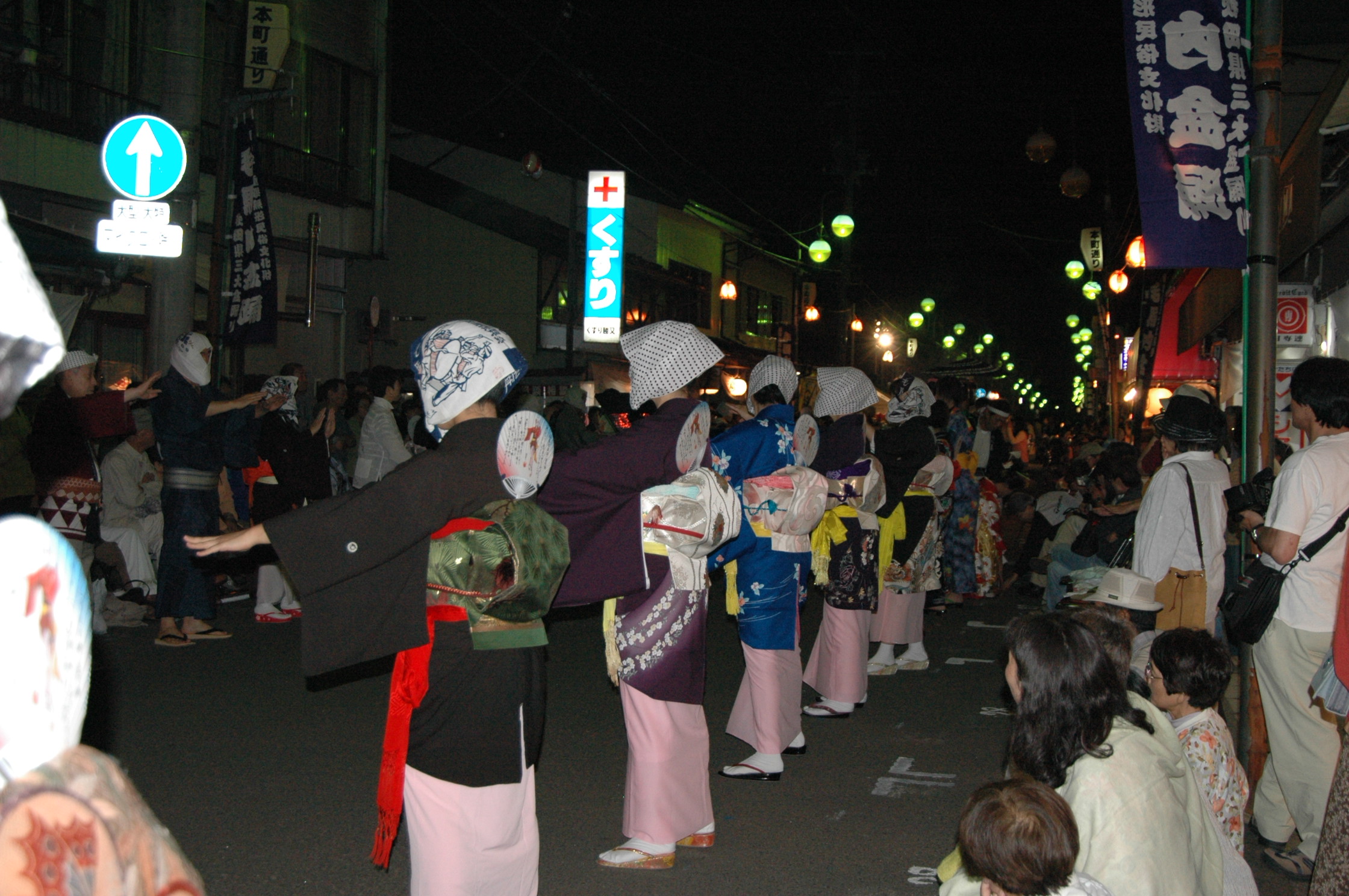 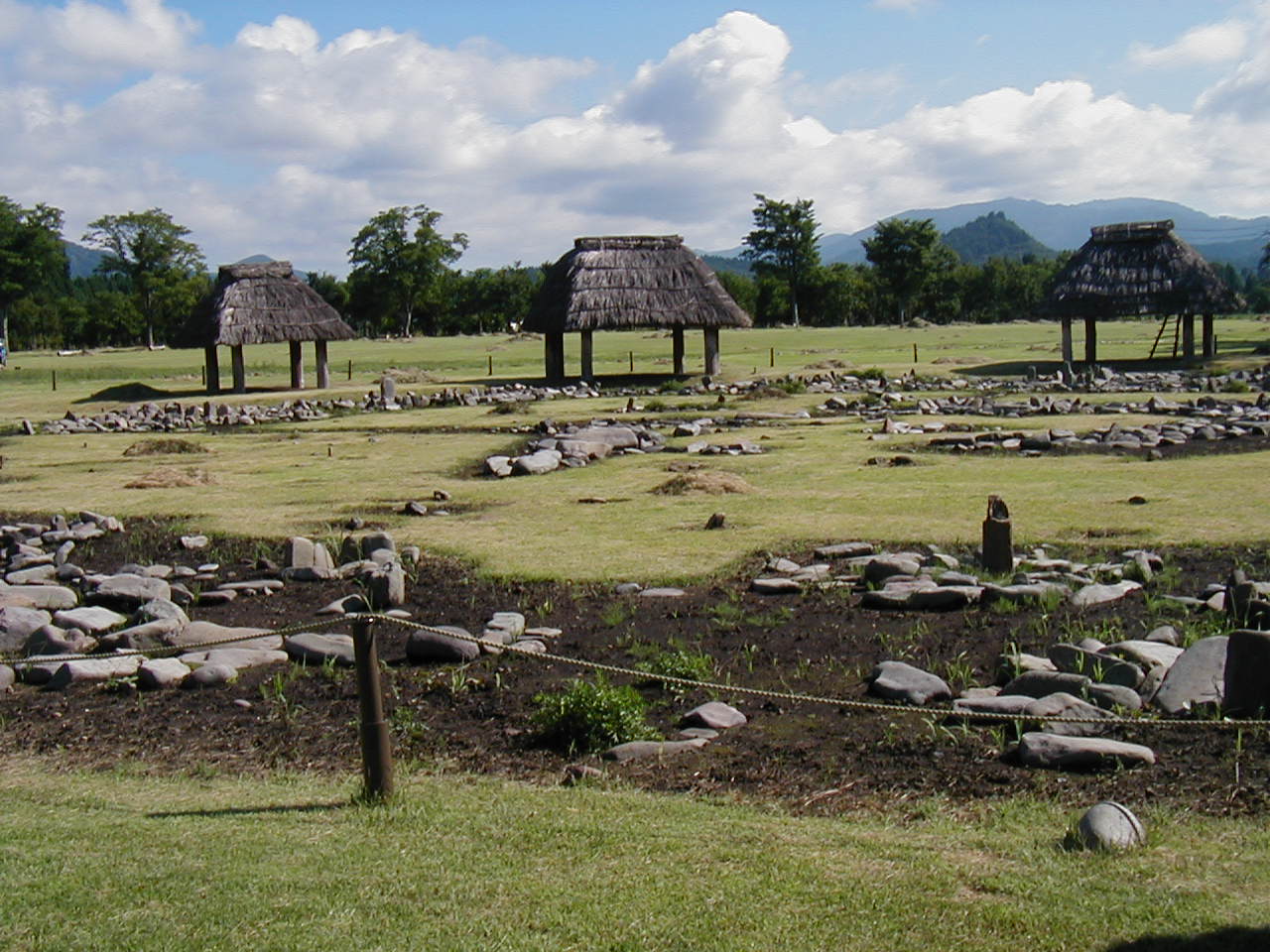 The sound of Yobi Daiko (A drum that tells the start of Bon Dancing) in the late summer of Michinoku (Northeastern part of Japan).

The children dance “Dai no saka dance” in the brightness of the afternoon sun.

The hohkaburis (a towel that covers up one’s head and cheeks) are glamorous as the evening of the dance draws on.

It’s time when the peak season of Bon Dancing is over and when you feel the autumn wind although there is still the heat of late summer.

We felt like going to a Bon Dancing in the northern Japan after a long time, and we visited the Kemanai Bon Dancing in Kazuno city, Akita prefecture. We changed trains at Morioka Station to JR Hanawa Line. The train rolls through in a leisurely pace through the bright greenery.

We arrived to the town of Kemanai in the early-evening. In the Honcho Street, the dancing site, the children were already making a big dancing circle and dancing. It is the “Dai no saka dance” danced to the rhythm of the soul-stirring drums. People praying hands slowly, and the move of turning the feet just a little is impressive. The boys are also wearing the best kimono, but the blue kedashi ( a type of underwear of Japanese binding) on their feet was very lovely.

After taking a quick break and when it gets dark, it is the time for the grown ups to dance Bon Dancing.
People who believe themselves as good singers gather in the center of the site and present “Kazuno Jinku”. All in all the “hohkaburi” would be the feature of the dancers who dance with their lively hand movements. The Hikosa Zukin of the girls in Nishimonai was pretty, but the washcloth hohkaburi of Kemanai in Japanese binding has the charm of a grown up. I felt like I slipped back in ancient times when the lights were dimmed and bonfire was made in the street that leaves old urbane houses.

The dance seemed like if it was regretting the short summer of northern Tohoku region. It was a fascinating dance which you can feel the excitement while it is also graceful.