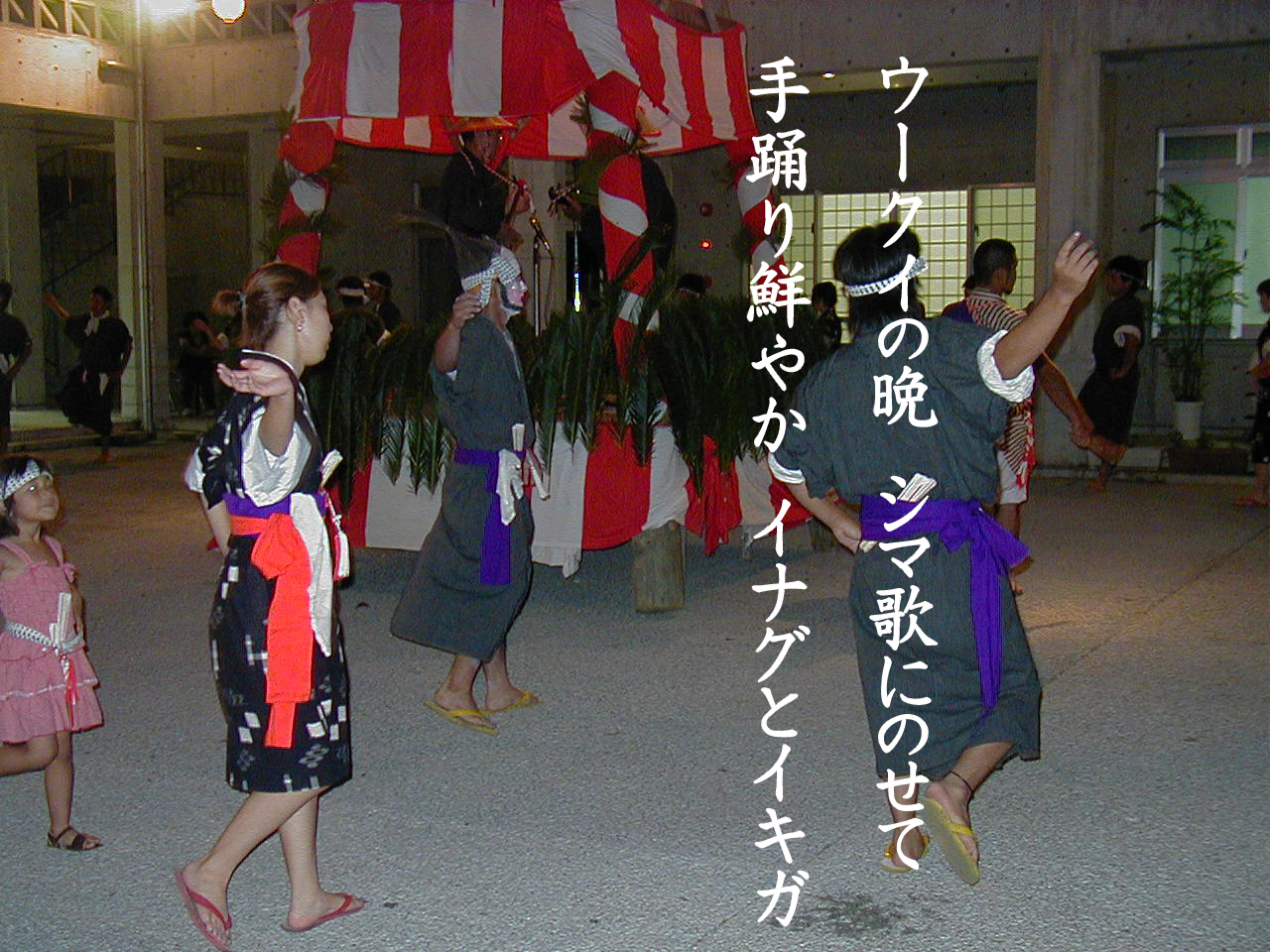 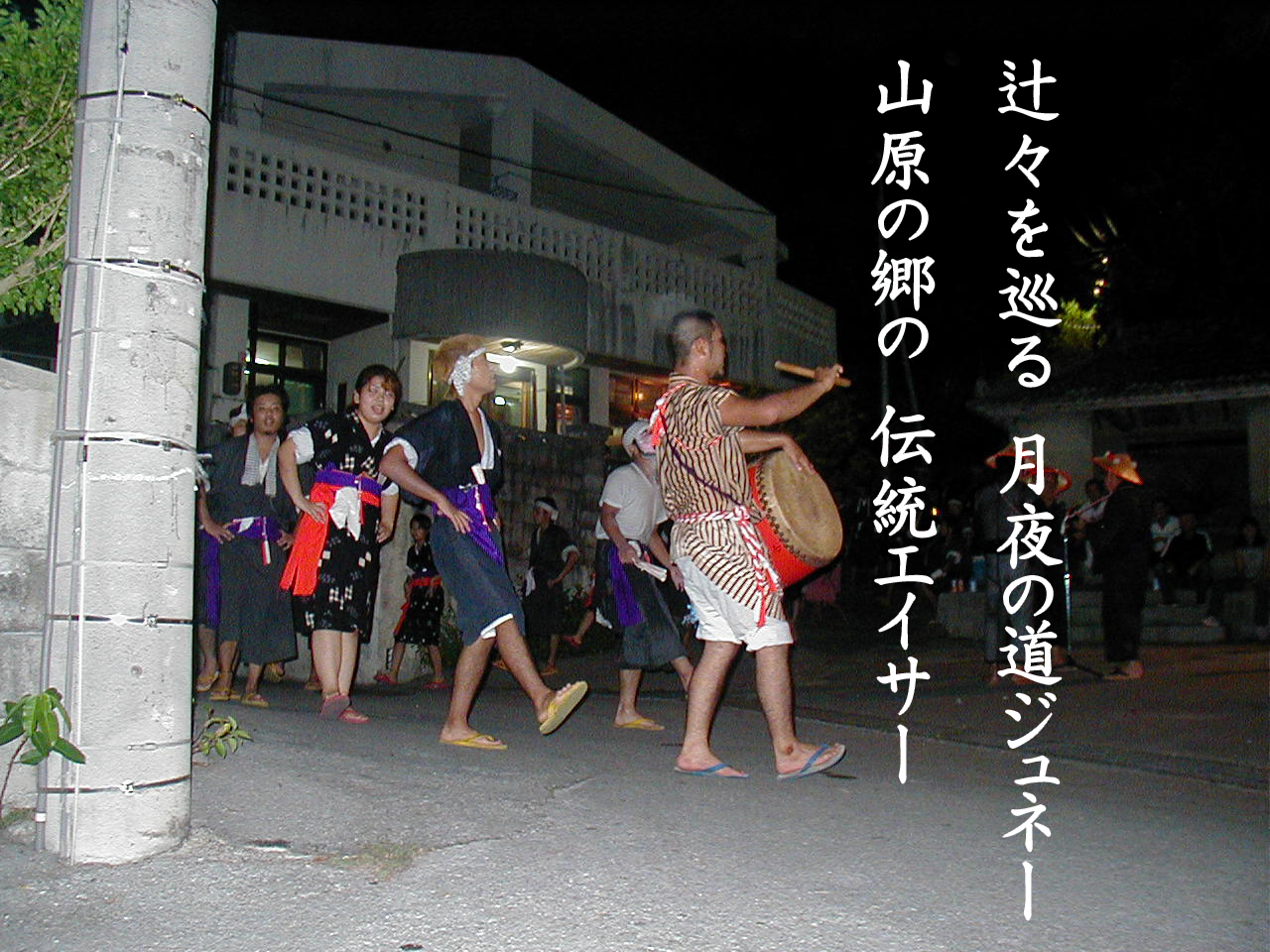 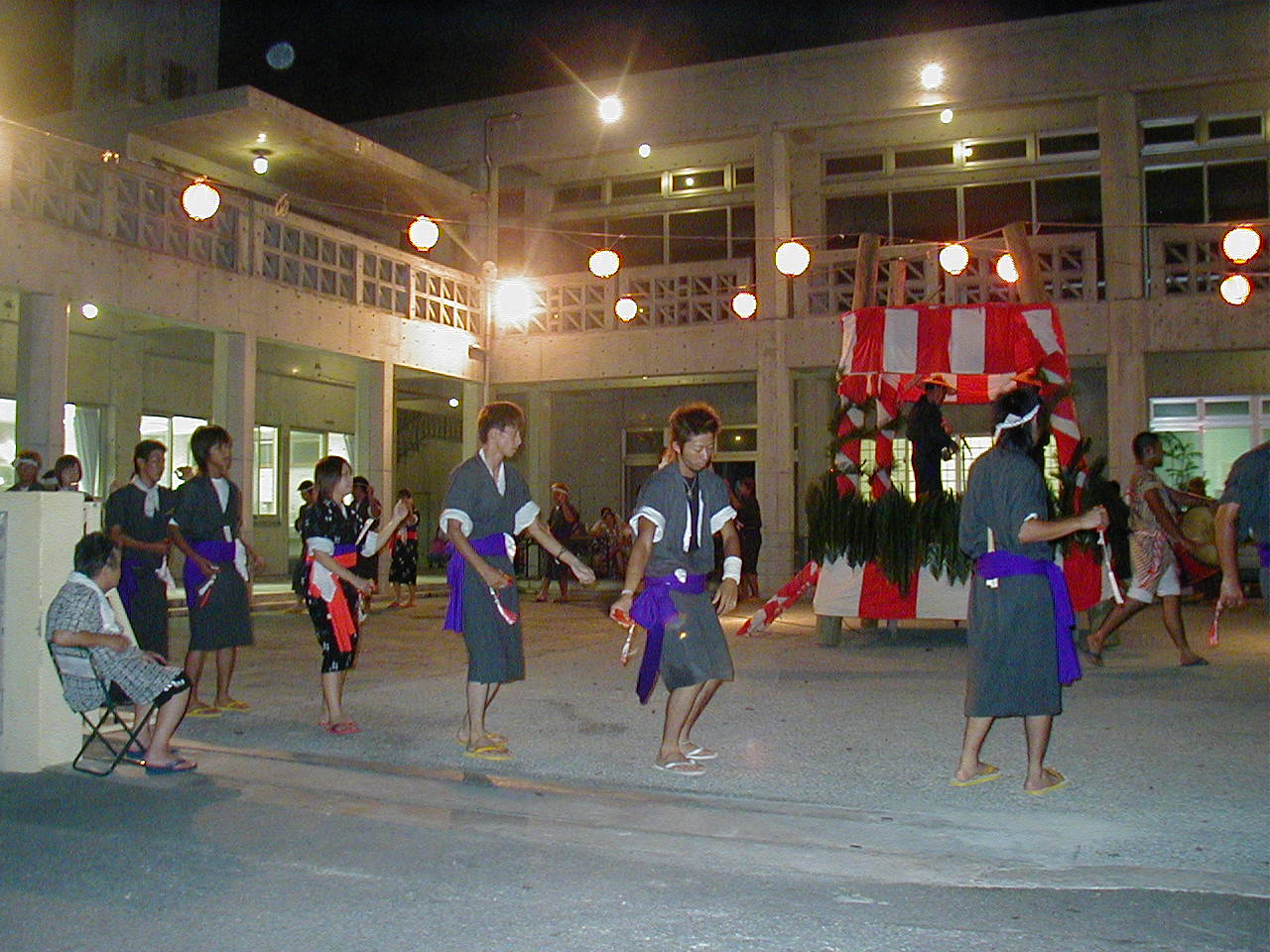 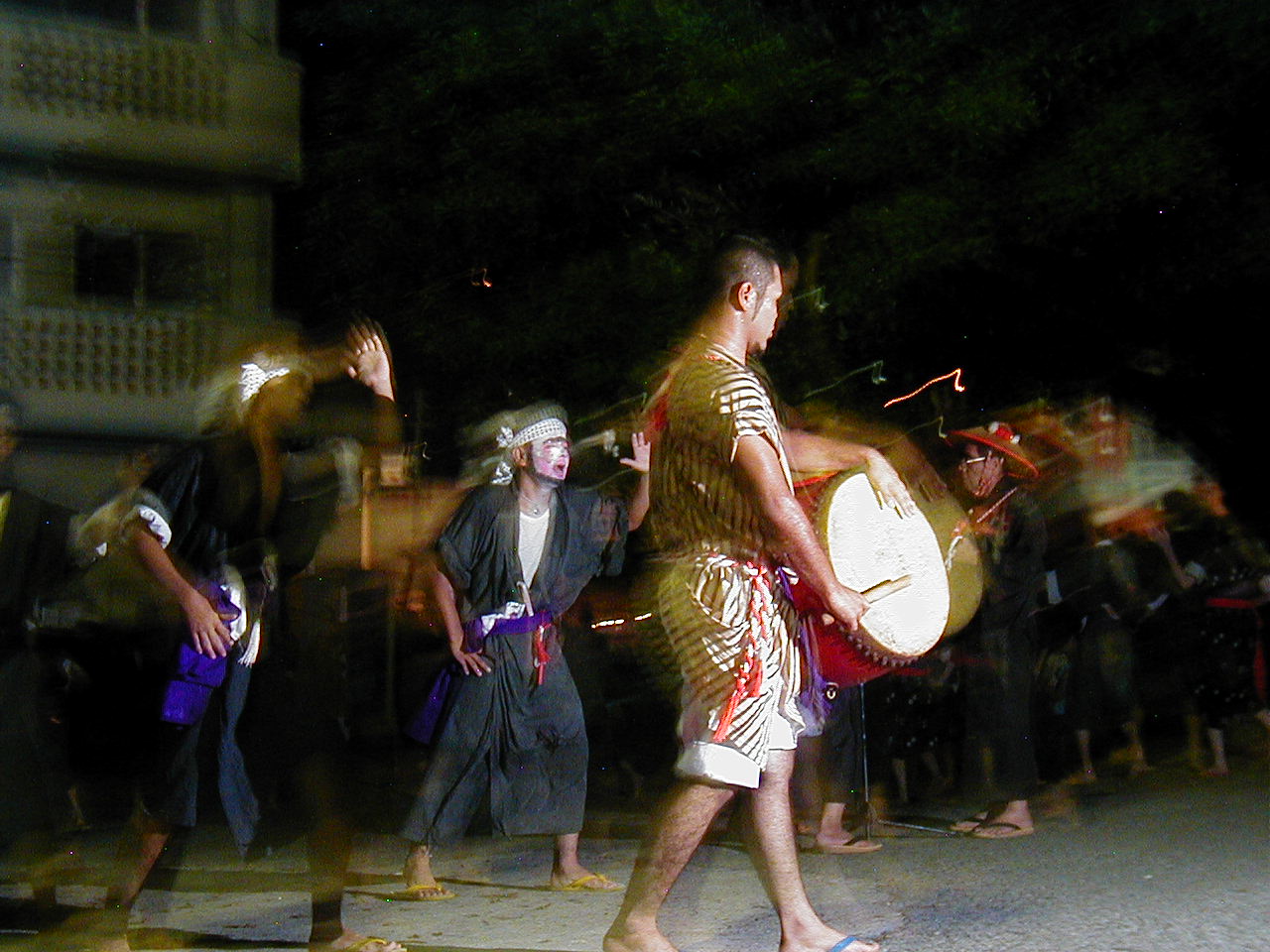 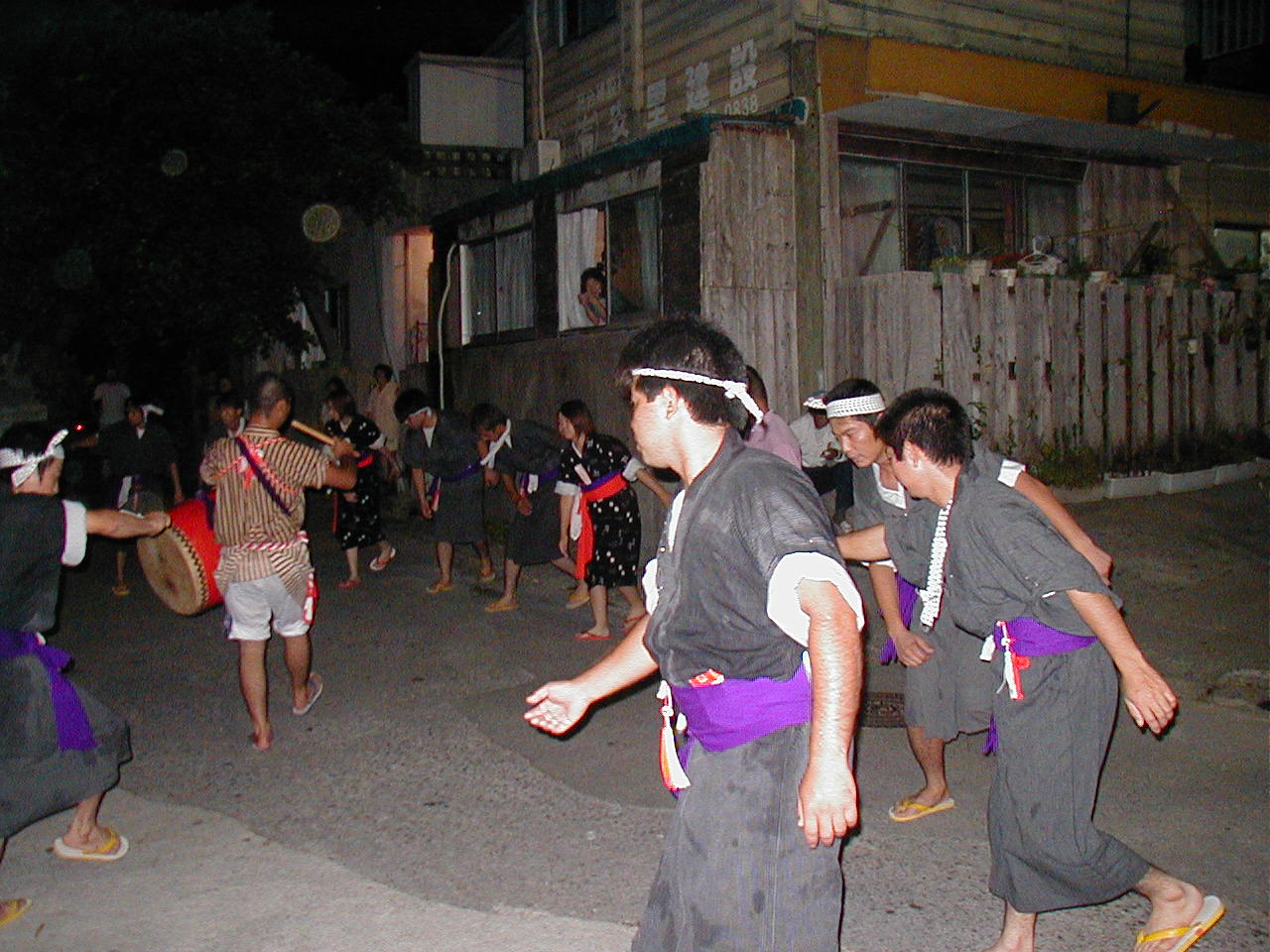 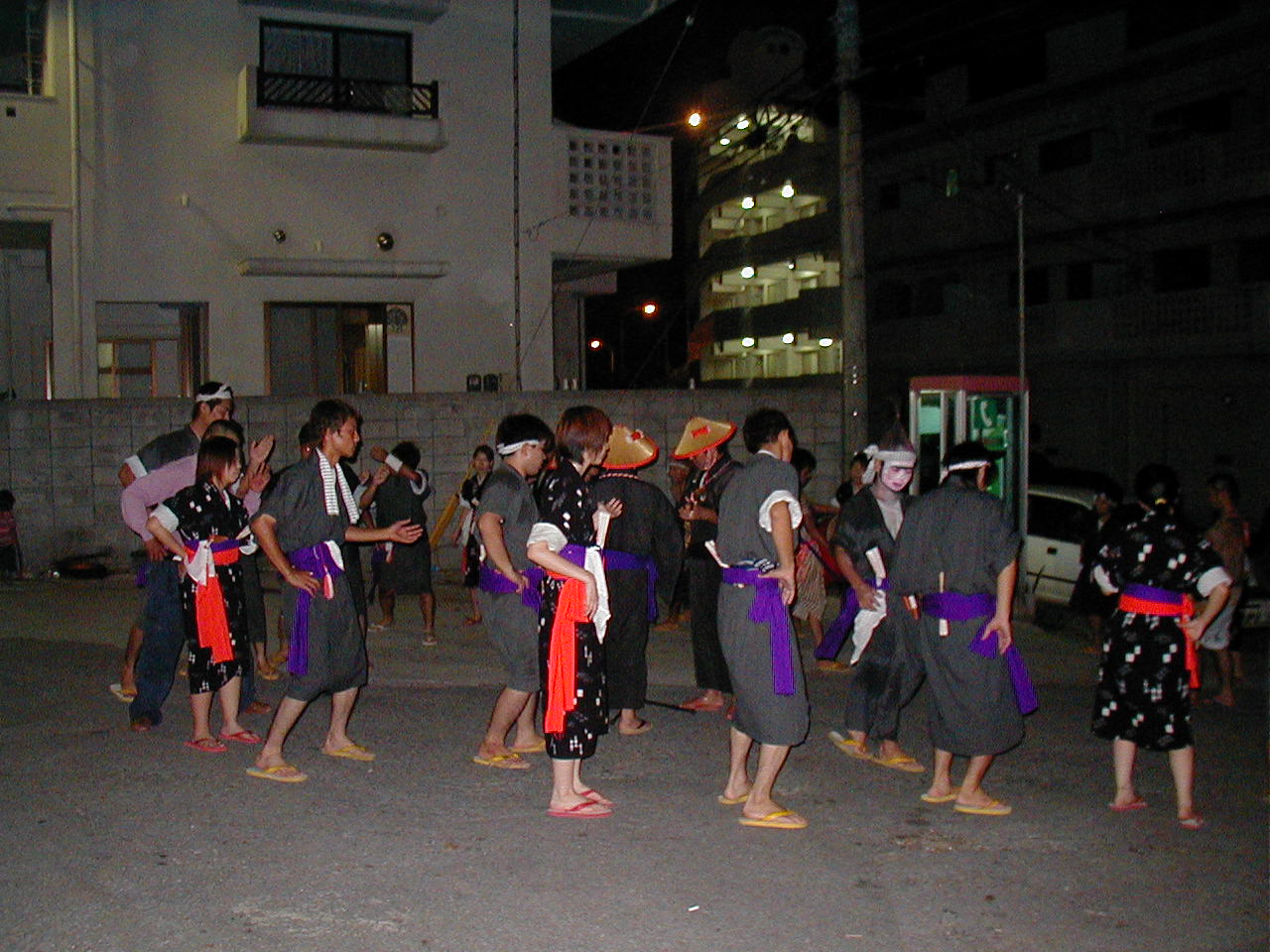 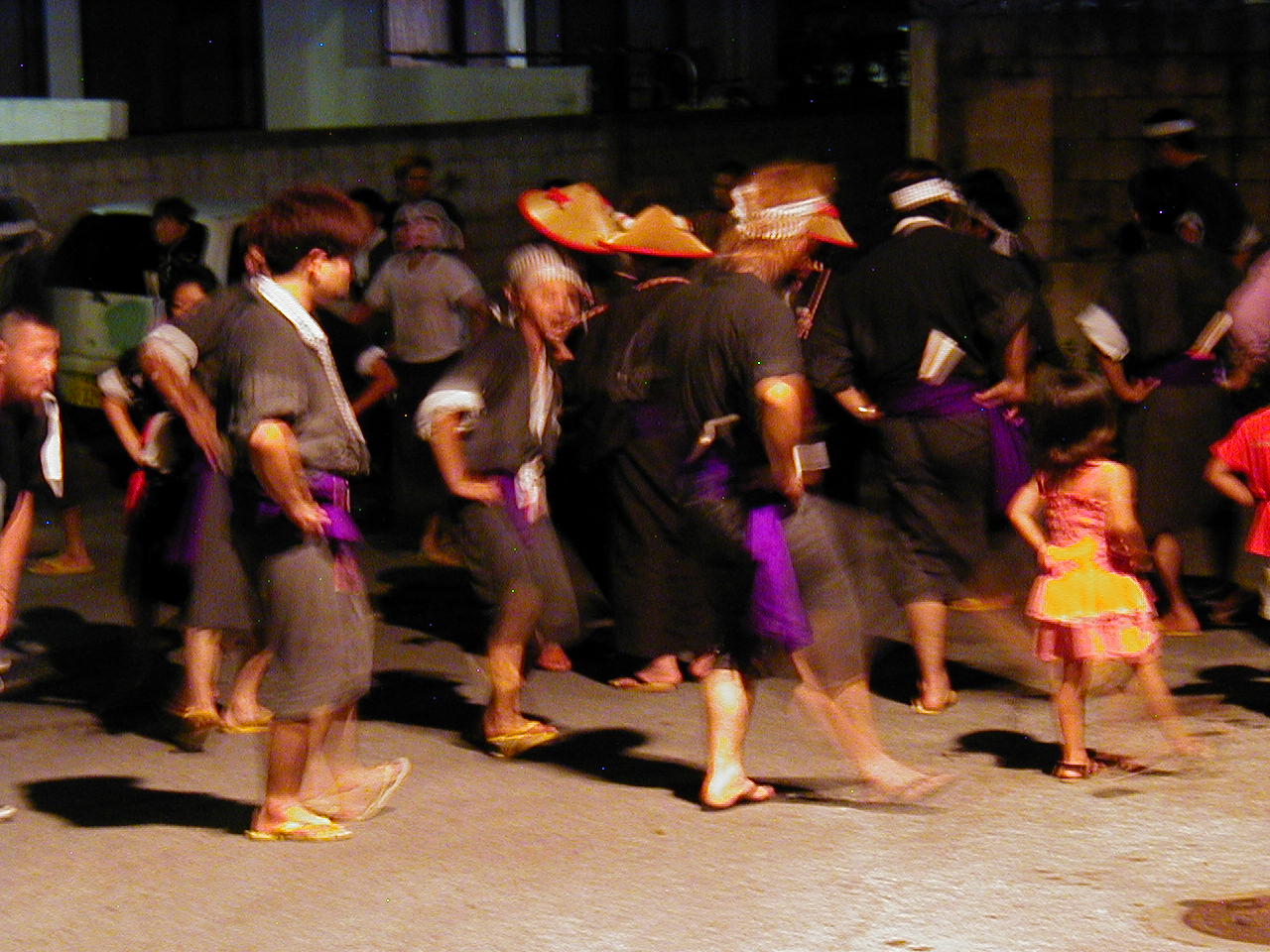 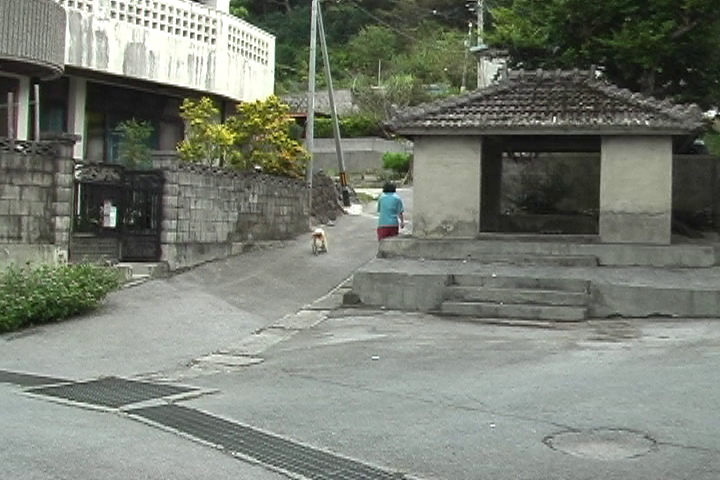 Nowadays, Eisah has become very popular not only in Okinawa, but also in the inland. Originally, Eisa is a Bon Dance of Okinawa, and it is the public entertainment of Obon which originates in Nembutsu Odori just like the inland Bon Dances. Also, in Okinawa, we can see traditional Eisa even today in many villages, together with modern Eisa.Yofuke, the place where we visited is located in the suburb of Nago City, north of the main island of Okinawa. The young folks of the junior chamber start dancing in the garden of the community center in the night of July 15, which is the Obon of the lunar calendar, and it becomes Michi Juneh that they go visit and dance the local Uganjo (small shrine).The good thing of Yofuke Eisa is not only the fact that it brings down the tradition, but that the songs and dance, performance themselves are very attractive. For instance the hand gestures and footwork of Te Odori (hand dance) that changes one after another are beautiful and dynamic. The duet of the refrain of Iya sasa haiyah. The performance of yotsutake (a kind of castanets) and fan. And Shima Uta (traditional Okinawan folk song). The young folks of Yofuke that dance in the street corner under the moon light were just like being gin love with Eisa.Eisa has curiously many things in common with Bon Dance in the inland, while still it is the public entertainment of Okinawa. The coverage tour gave us a new point of view to our research on Bon Dance.