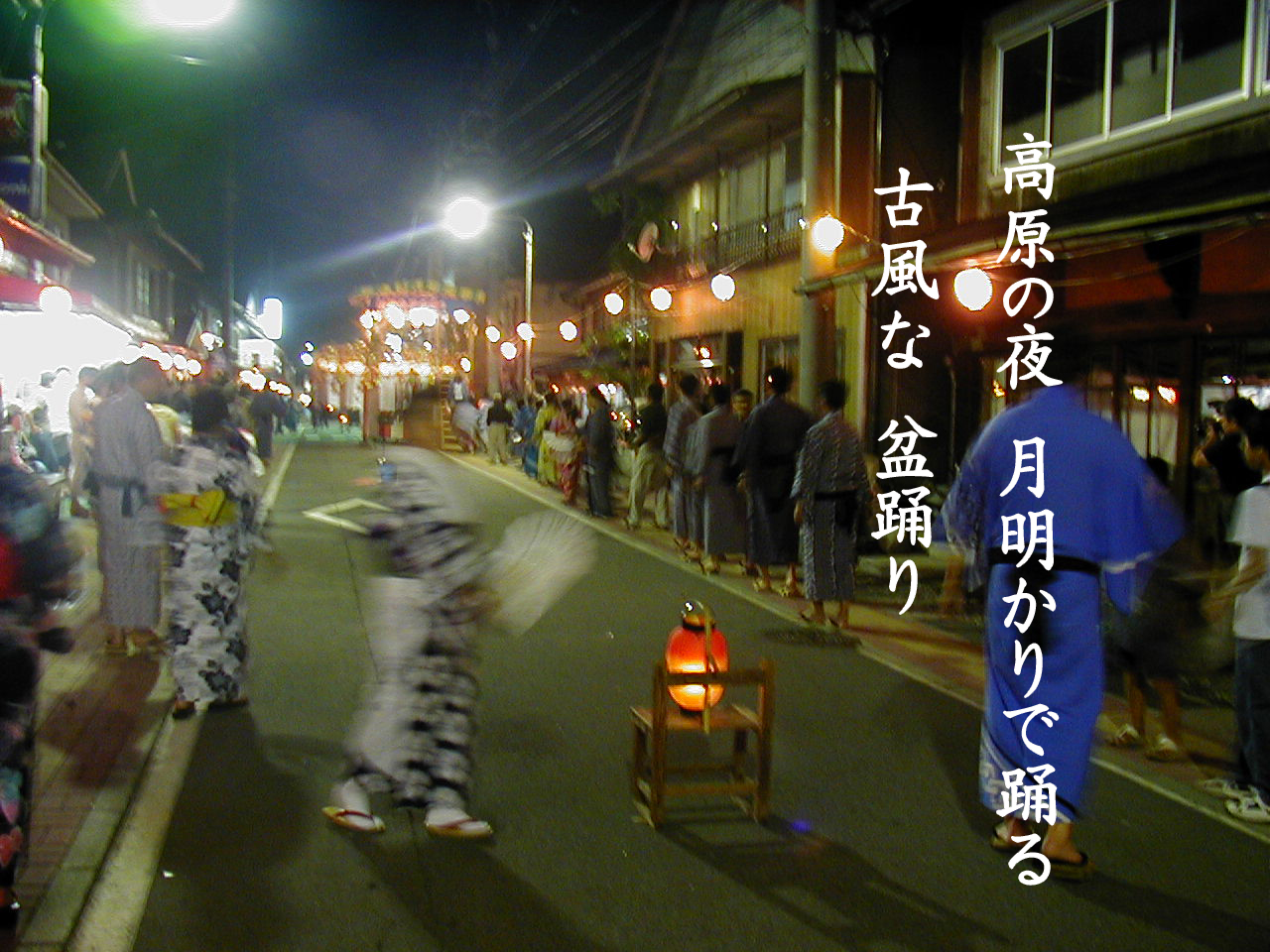 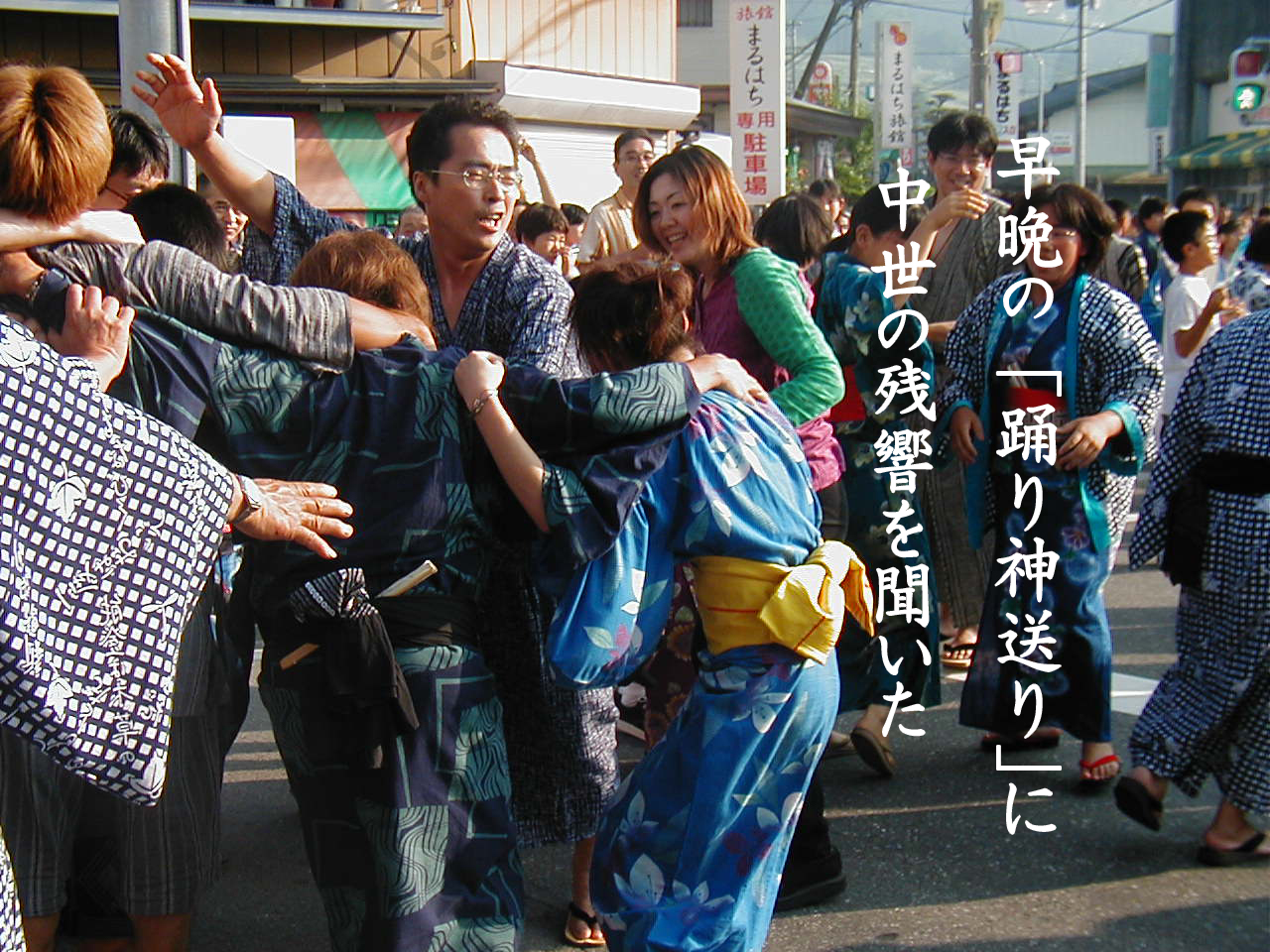 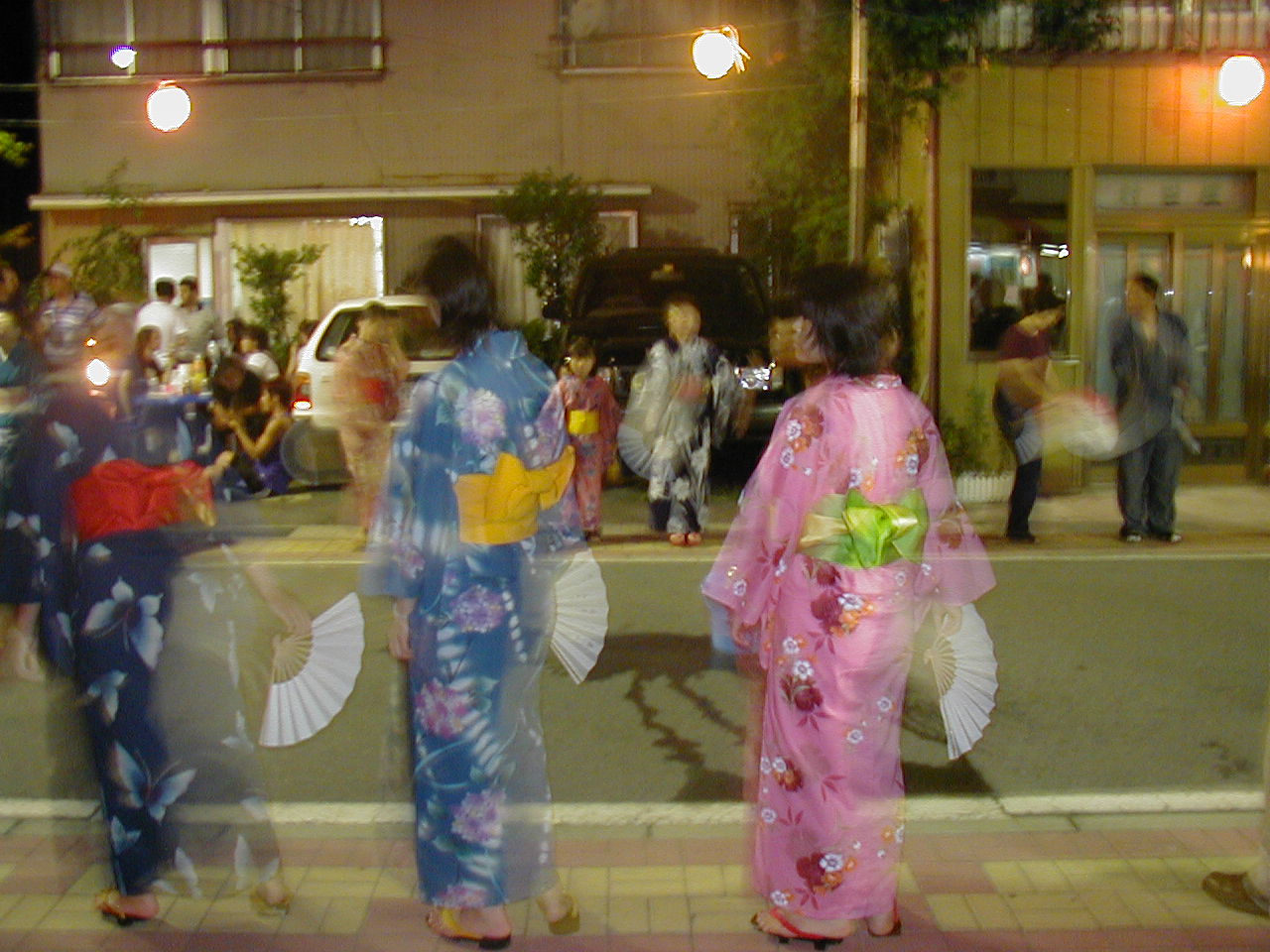 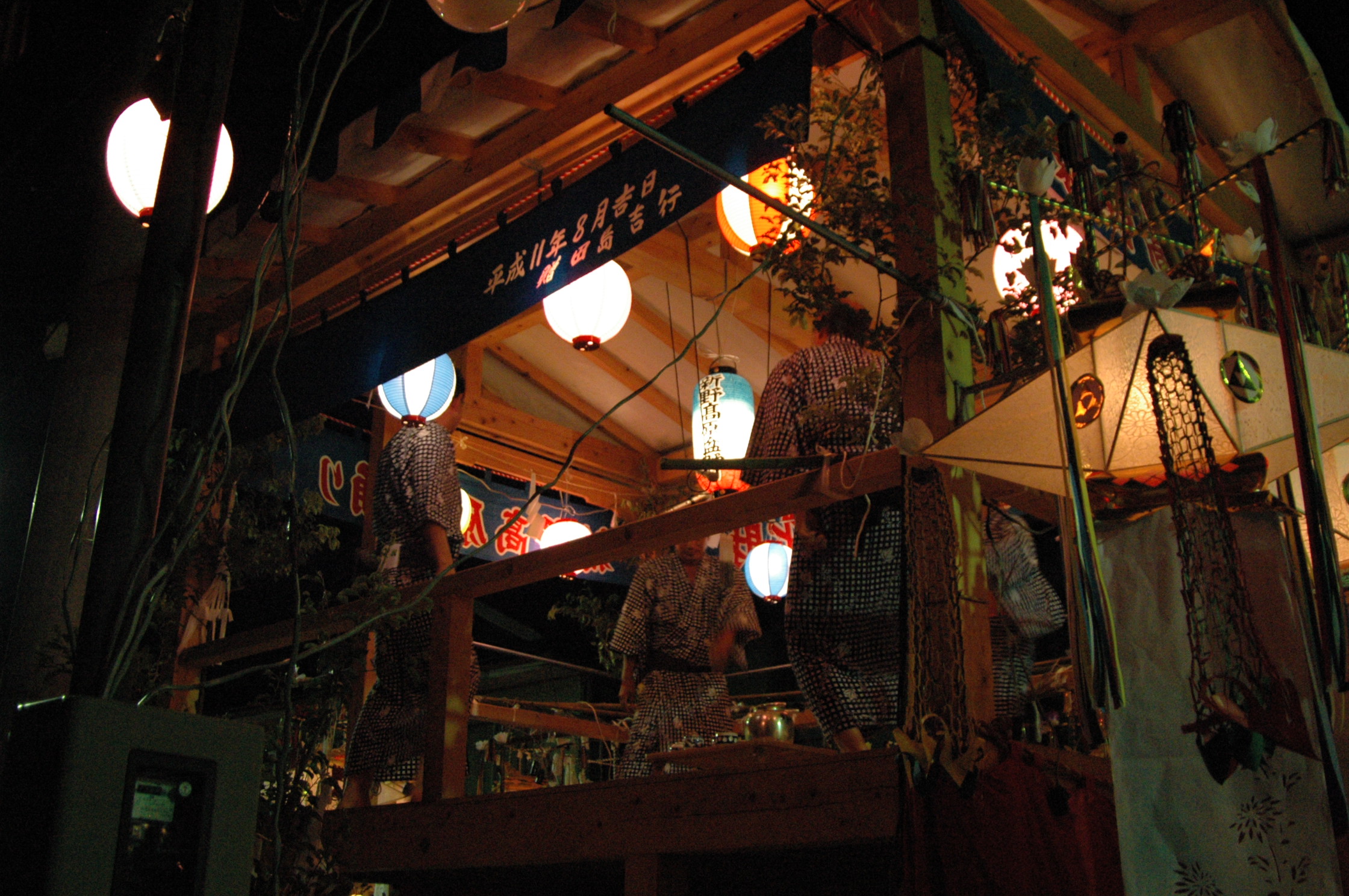 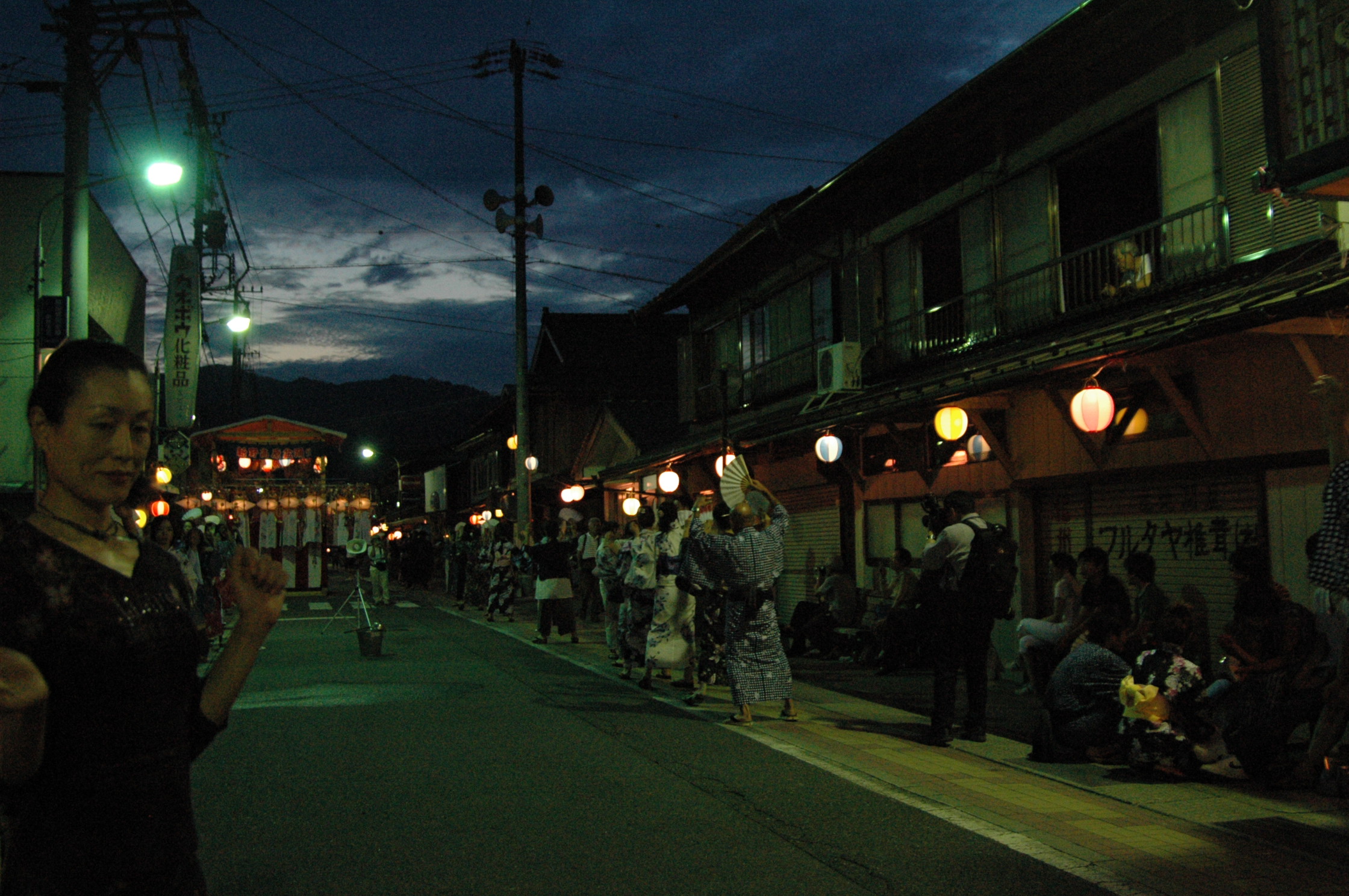 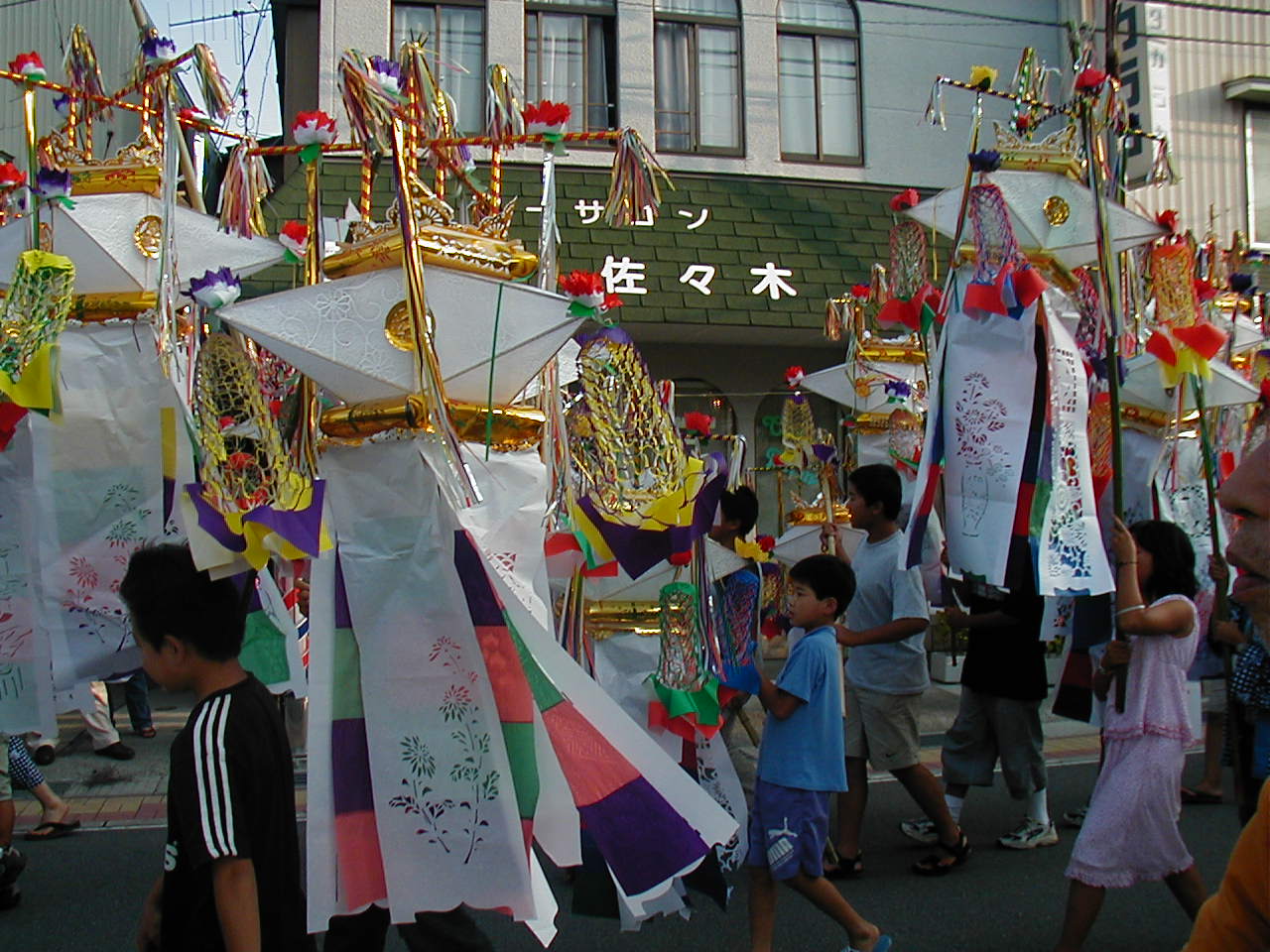 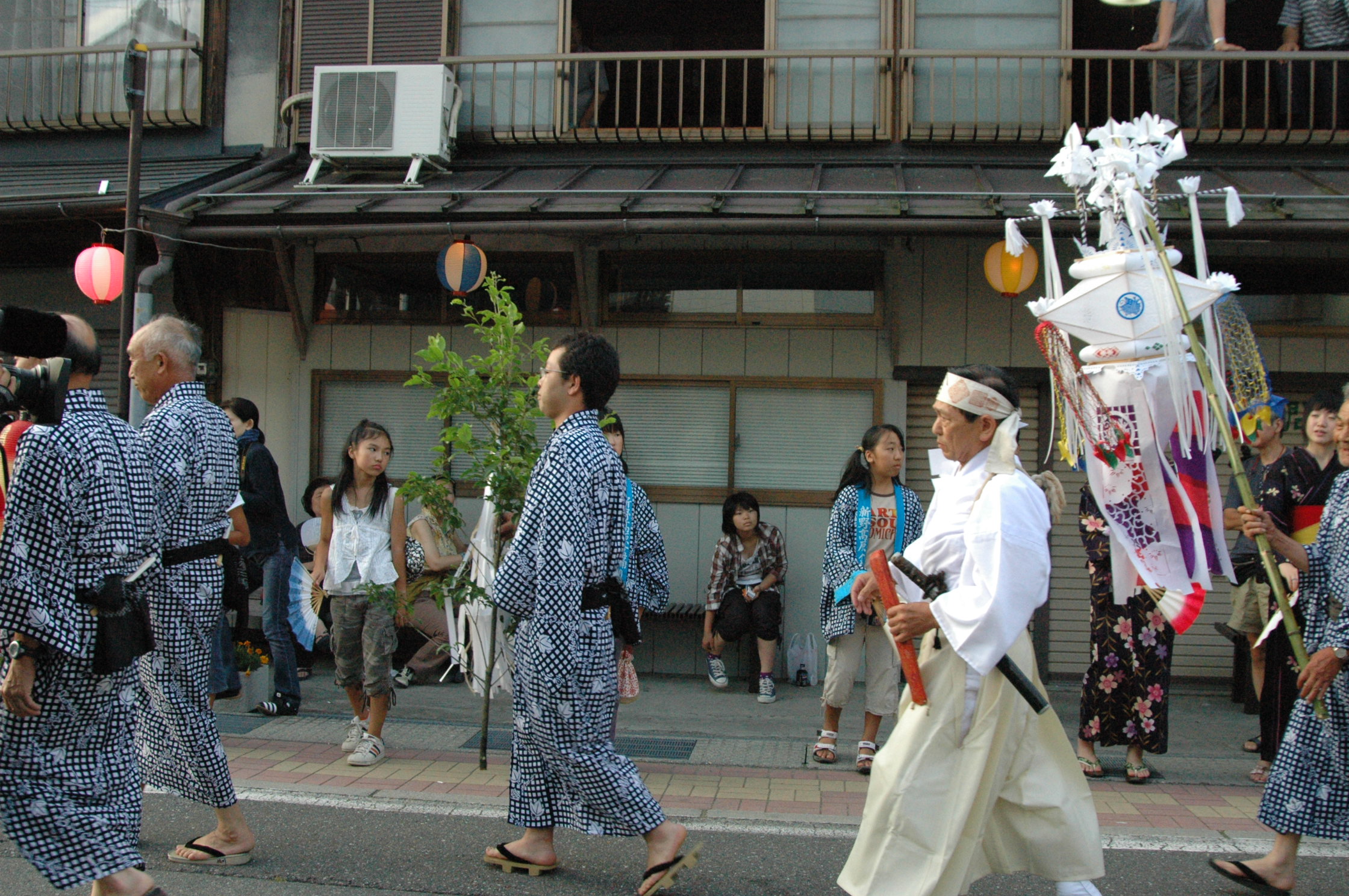 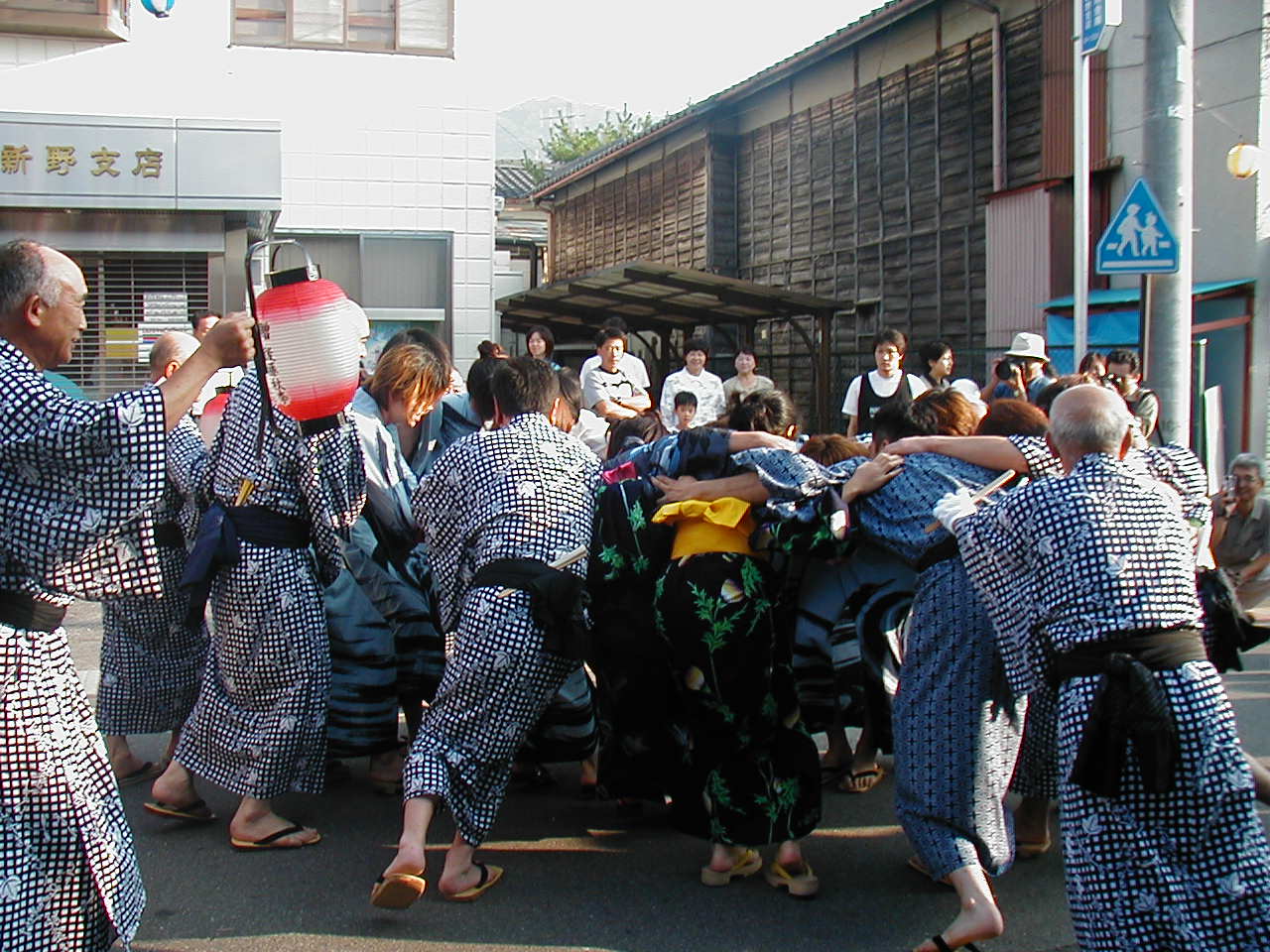 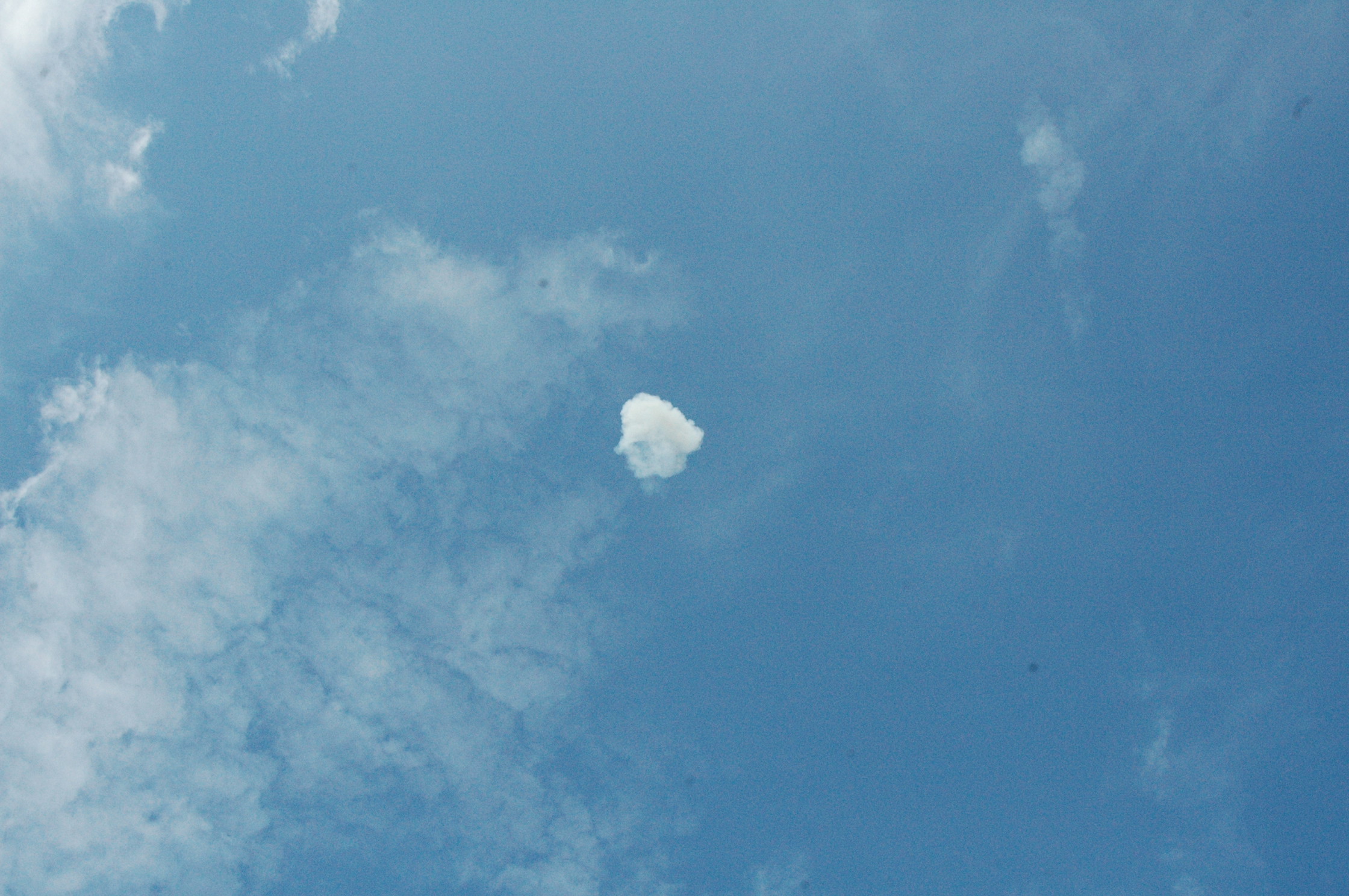 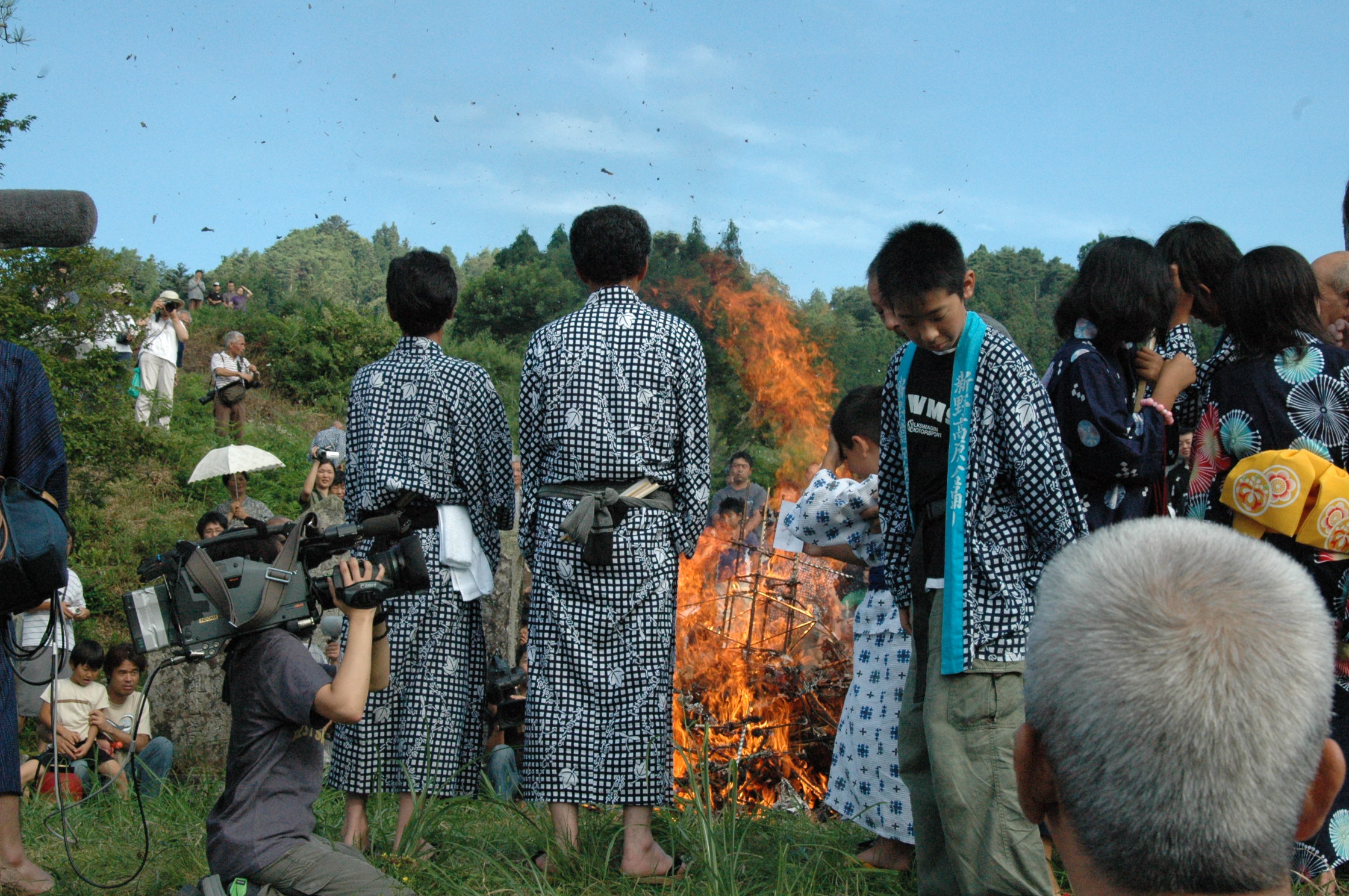 I heard the echo of the Middle Ages in “Odori Kami Okuri (A dance to send the spirits of the gods off) performed early in the morning.

A numerous old folk arts are distributed in “San en Nanshin Region of the Tenryu River basin, and it is also called the “treasure house of folk entertainmenth. Among the region, Niino, Anan-chou is a small town on plateau where various folk entertainments; such as Yuki Matsuri (Snow Festival) in winter and Bon Dancing in summer; are handed down.

The Bon Dancing that is danced throughout the night during the 3 days of Bon Season is an old-fashioned one which is danced only with the Ondo (a chorus by natural voice) and without the Hayashi (musical accompaniments). The lyrics also leave old words.

The highlight of Niino Bon Dancing is Odori Kami Okuri (A dance to send the spirits of the gods off) that is performed in the daybreak of August 16. The young ones who try to dance until the end, and Kiriko Dourou (The Kiriko Lantern) = the new spirits which makes its way pushing the young ones aside perform a hard but impressive battle.

Niino Bon Dancing performs Odori (Dance) and Okuri Gyouji (An event to send the spirits off) as one, and it is a very valuable cultural asset which hands down the aspect of the folk customs of the period of our ancestors.