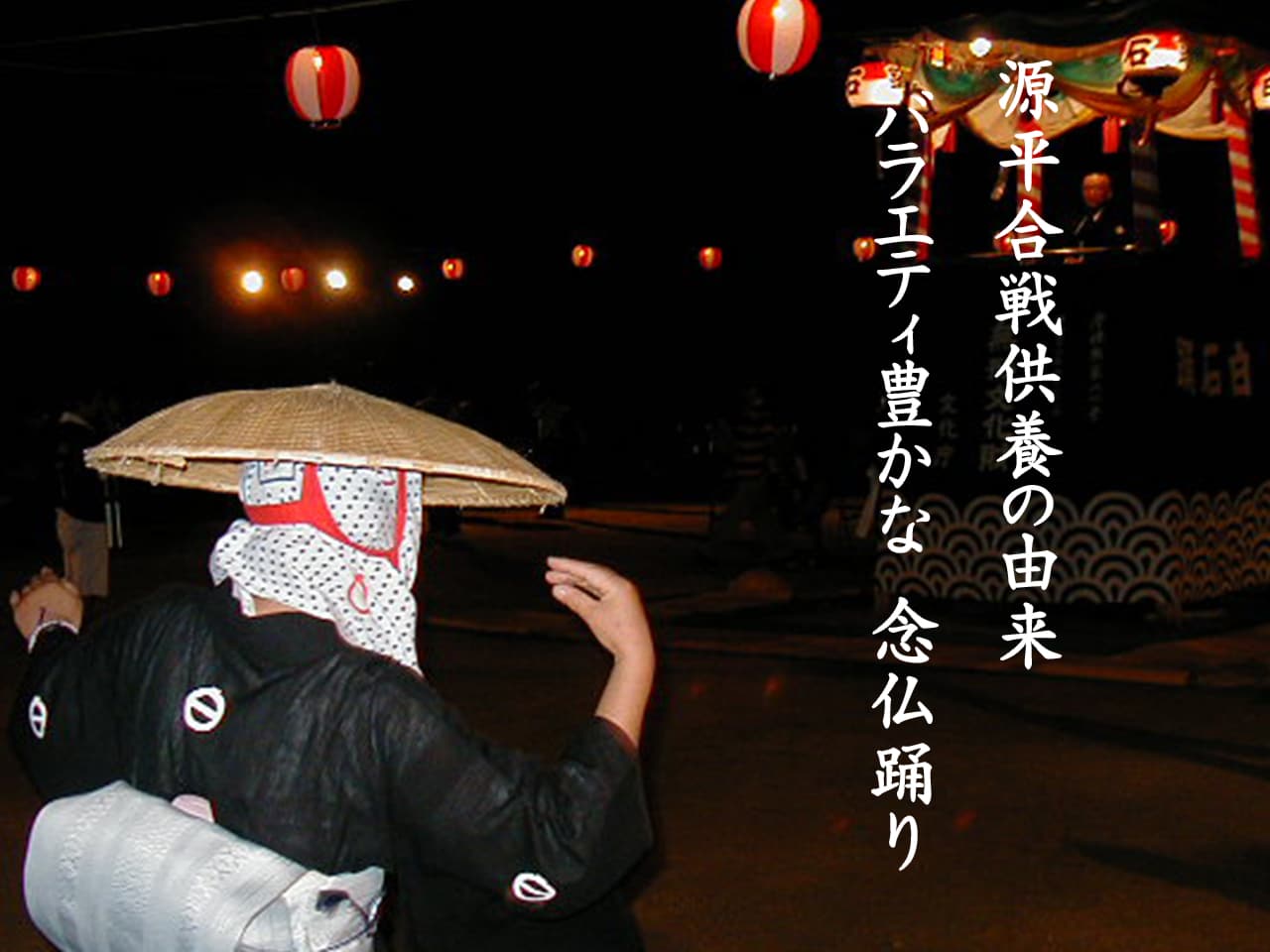 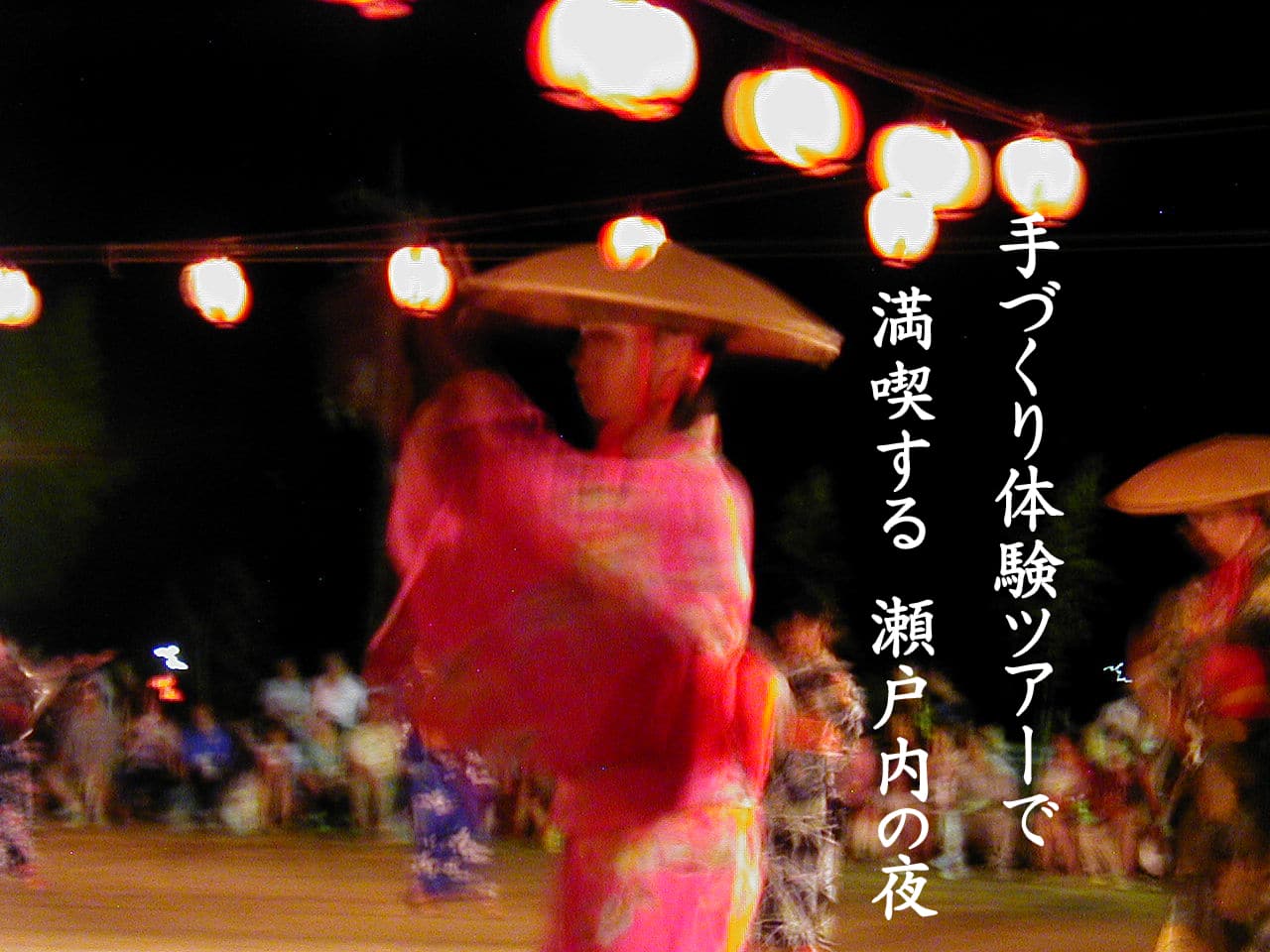 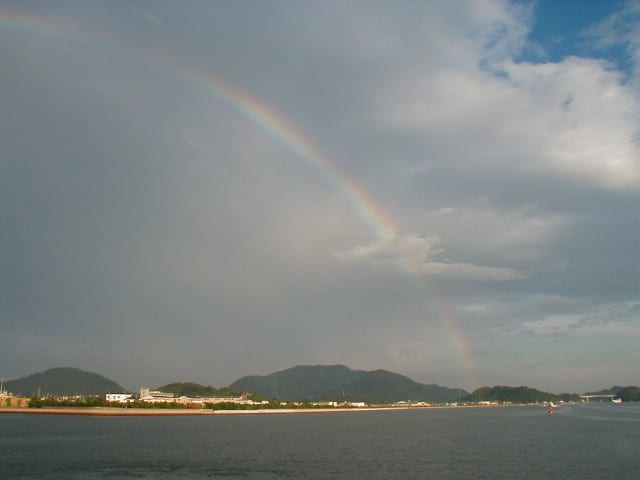 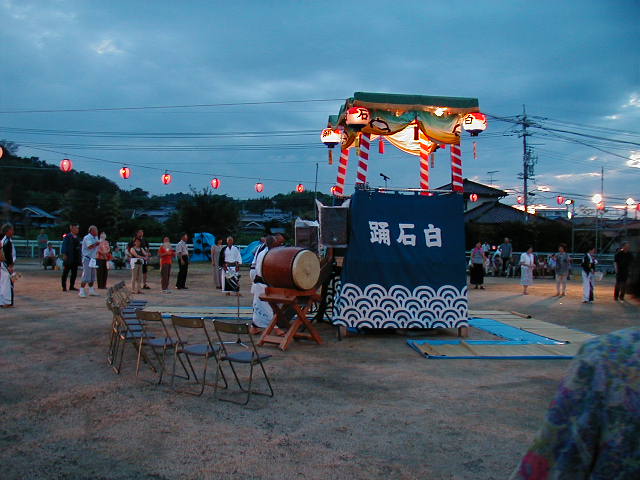 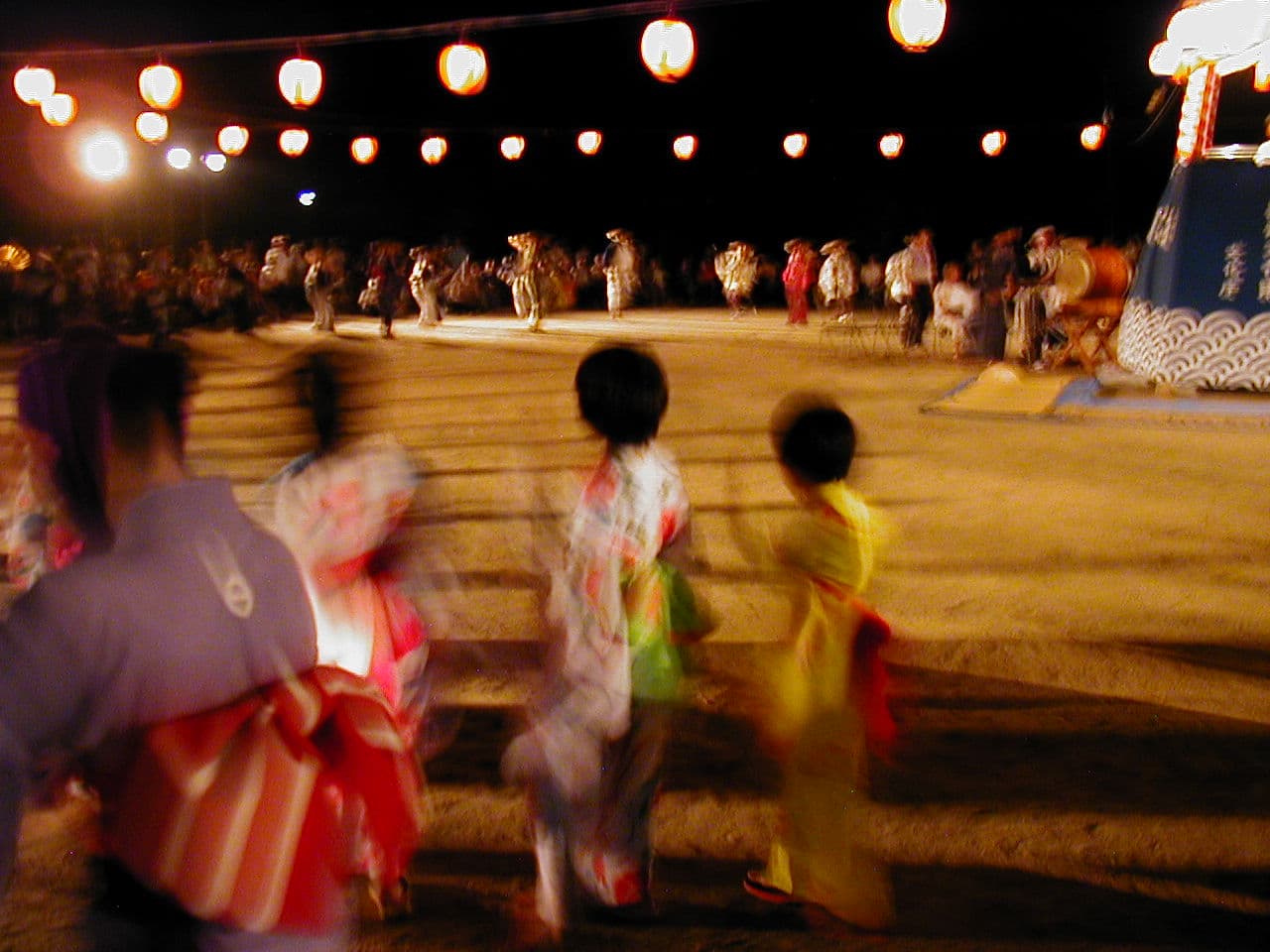 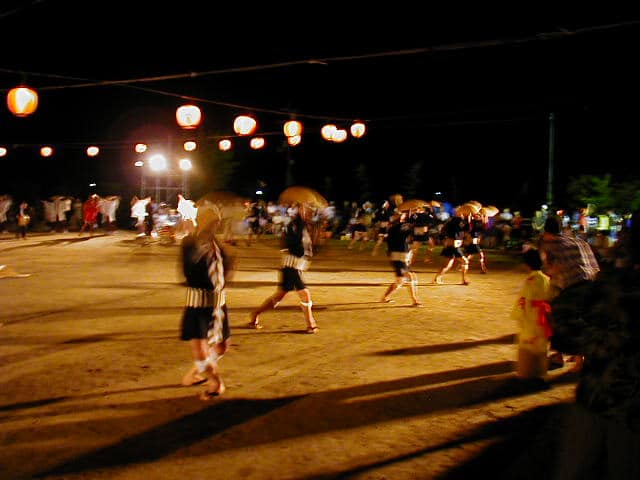 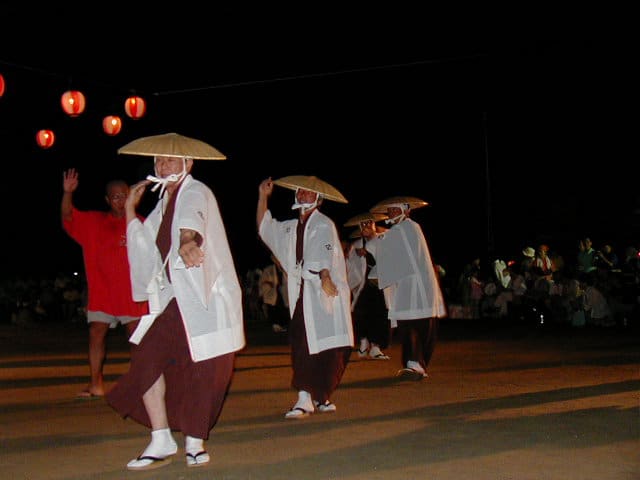 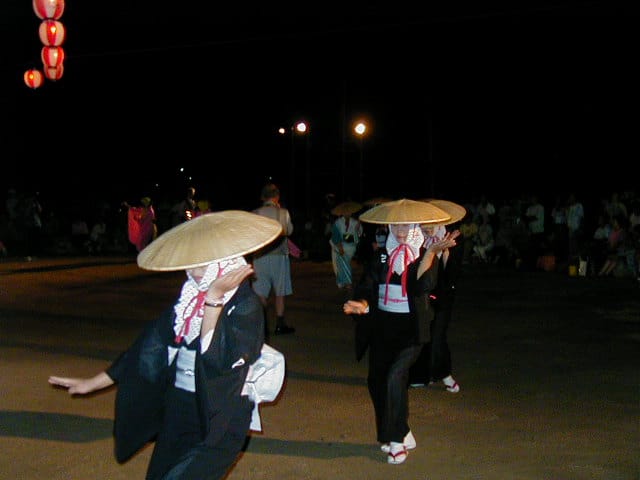 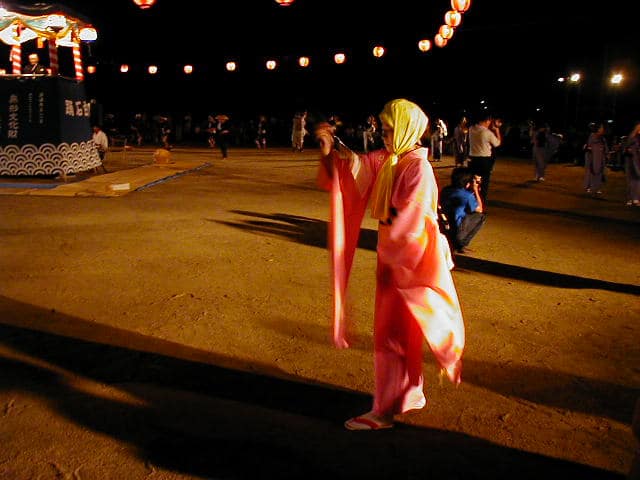 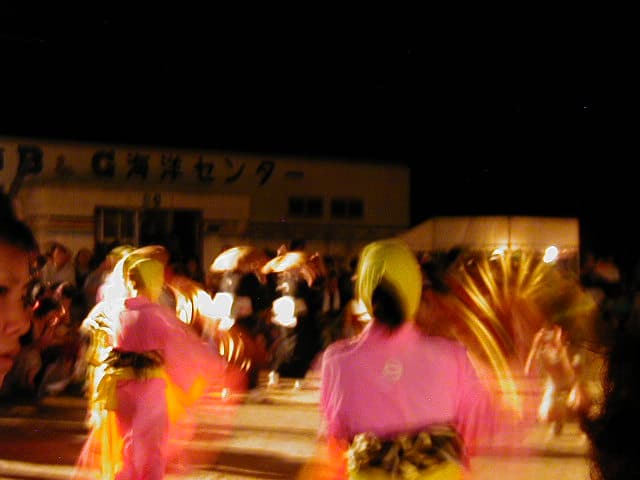 This is a traditional Bon Dancing which is handed down in Shiraishi Island. This is one of the islands among Kasaoka Islands in the Inland Sea of Japan, located 12 km offshore of Kasaoka City, Okayama Prefecture. There are more than 20 islands in Kasaoka Islands including Kitagi Island and Manabe Island. However, “Shiraishi Island is the only island among these which conserves the original Bon Dancing in the old shape, according to (Shima no Bon & Shiraishi Odori (Bon of the island & Shiraishi Dancing) a material distributed in the tour to experience the dance, August 14, 2002.
The song is “Kudoki” and there is only one type of melody, but there are about 10 types of different dances. This is a characteristic Bon Dancing that a unique harmony comes out when they dance these 10 dances at once.
The “Bura Bura Dancing” which can be thought as the archetype leaves the aspect of old Nembutu Dancing which is common to other dances such as Tsukudajima Nembutu Dancing.